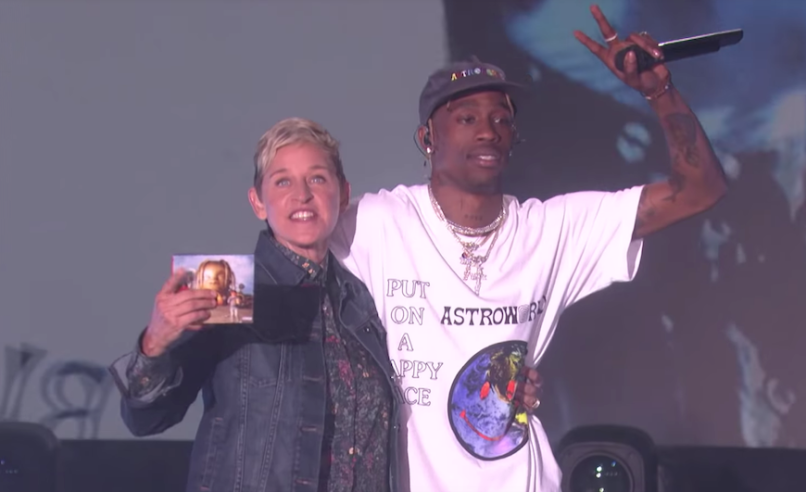 Travis Scott on The Ellen Show

Travis Scott kicked off his “Wish You Were Here Tour” over the weekend, debuting a stage show that involved literal amusement park rides. The production was toned down considerably on Monday when the ASTROWORLD rapper made an appearance on Ellen to perform “Sicko World”.

With no metal contraptions to utilize and no surprise appearances, Scott spent most of the performance circling his mic stand while surrounded by a cone of light or standing around while Drake’s voice played over the sound system. He still managed to deliver with pure fire, though, and the minimalist setting highlighted the MC’s true flow.

Check out the replay below.

This marked the Houston rapper’s third appearance on Ellen DeGeneres’ program, but to change things up, this time he also took a seat in the big white chair for an interview. Ellen opened the conversation by poking fun at Scott’s backstage rider, which apparently includes Moët champagne, Don Julio tequila, CÎROC apple vodka (because “Diddy might just pop in at any time of day”), and Hennessy (“a daytime thing for anyone who might come through”). Scott also gifted Ellen with a pair of his new Nike Air Force 1s and talked about being a new father, including cutting the umbilical cord and being freaked out by the placenta. To close things out, he discussed the possibility of making his next album a musical play.