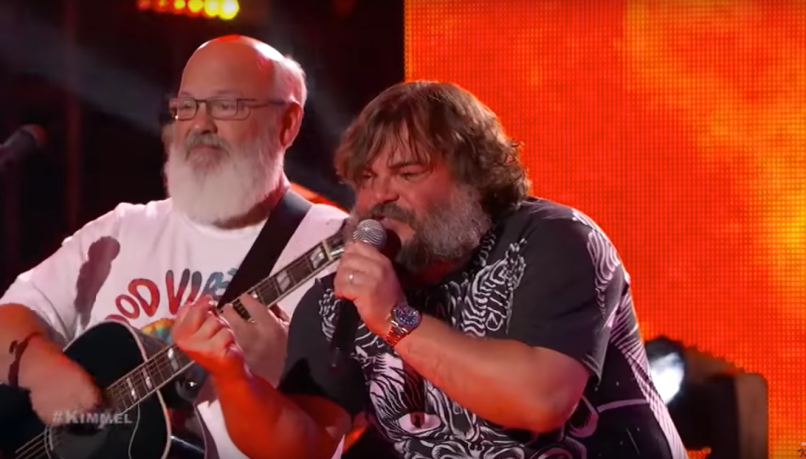 This week, Tenacious D make their glorious return with their first album in six years, Post-Apocalypto, along with an accompanying animated web series. On Thursday night, Jack Black and Kyle Gass promoted the release with an appearance on Jimmy Kimmel Live. They performed two album tracks, “Woman Time” and “Colors”, both of which you can watch below.

Beginning tomorrow, Black and Gass will embark on a highly anticipated North American tour. You can grab tickets here.

Both the album and the accompanying web series, which was hand drawn by Black, can be streamed in full here.