Cast of The Office crash Steve Carell’s SNL monologue and plea for a reboot: Watch 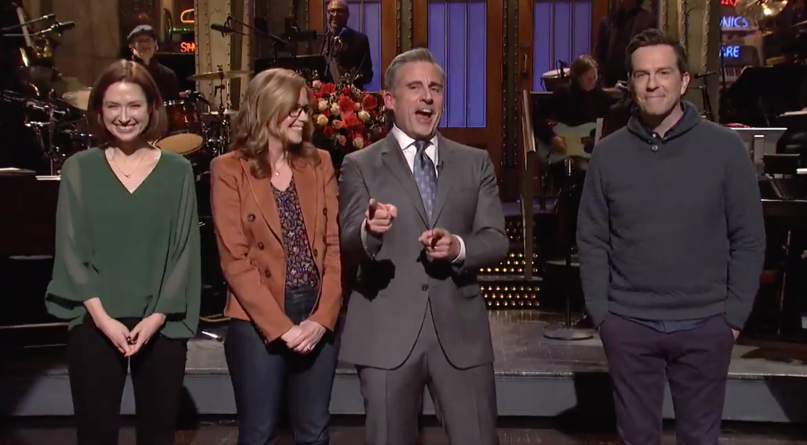 The Office reunion on SNL

Amidst the boom of reboots, Steve Carell has found himself constantly begged, prodded, and pleaded to bring The Office back for to life. During his monologue as host of Saturday Night Live, Carell was again asked to entertain a reboot — this time at the urging of his former cast mates. Jenna Fischer, Ed Helms, and Ellie Kemper all made their case to Carell — as did his own wife and kids. Watch the mini-Office reunion below.

While NBC is said to be consider rebooting The Office, it’s unlikely Carell will have any part. “Apart from the fact that I just don’t think that’s a good idea, it might be impossible to do that show today and have people accept it the way it was accepted 10 years ago. The climate’s different,” Carell explained in a recent interview. “I mean, the whole idea of that character, Michael Scott, so much of it was predicated on inappropriate behavior.” He of course has a point.

Instead, Carell has signed up to star alongside Jennifer Anniston and Reese Witherspoon for a new Apple TV series.