“Imagine a leader who defies science, saying these solutions shouldn’t be part of his decision-making on our behalf" 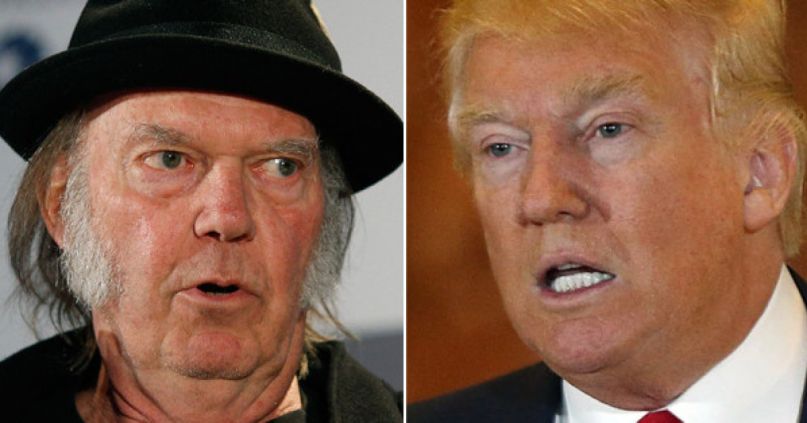 Like many other Californians, Neil Young has lost his home to the wildfires currently ravaging the state.

In a post to his website, the legendary rocker revealed that his home in Malibu was burned down over the weekend.

Never one to mince words, Young proceeded to take his anger out on Donald Trump over a tweet Trump made blaming California for the ongoing crisis.

“California is vulnerable – not because of poor forest management as DT (our so-called president) would have us think. As a matter of fact this is not a forest fire that rages on as I write this,” Young wrote. “We are vulnerable because of Climate Change; the extreme weather events and our extended drought is part of it.”

“Our temperatures are higher than ever here in our hottest summer on record. That has not helped,” he added. “DT seems to be the Denier. (I’m holding back and not using the word liar because it rhymes with denier). It really is time for a reckoning with this unfit leader. Maybe our new congress can help. I sure hope so.”

To conclude his comments, Young posed the following: “Imagine a leader who defies science, saying these solutions shouldn’t be part of his decision-making on our behalf. Imagine a leader who cares more for his own, convenient opinion than he does for the people he leads. Imagine an unfit leader. Now imagine a fit one.”

In a tweet posted Saturday morning, Trump blamed poor forest management for the ongoing crisis and threatened to pull federal funding in the future. What Trump failed to point out, however, is that over 90% of the land burned thus far is federally owned and his administration cut fire service programs in its federal budget. Trump also believes climate change is a hoax.

There is no reason for these massive, deadly and costly forest fires in California except that forest management is so poor. Billions of dollars are given each year, with so many lives lost, all because of gross mismanagement of the forests. Remedy now, or no more Fed payments!

Along with Young, the likes of Limp Bizkit’s Fred Durst, Doctor Strange director Scott Derrickson, and actor Gerard Butler have all lost their homes to the fire. Paramount Ranch, where HBO’s Westworld was filmed, also burned down.