A 2016 text correspondence between the two pop stars claims that Perry's testimony could "bring the whole thing to a head." 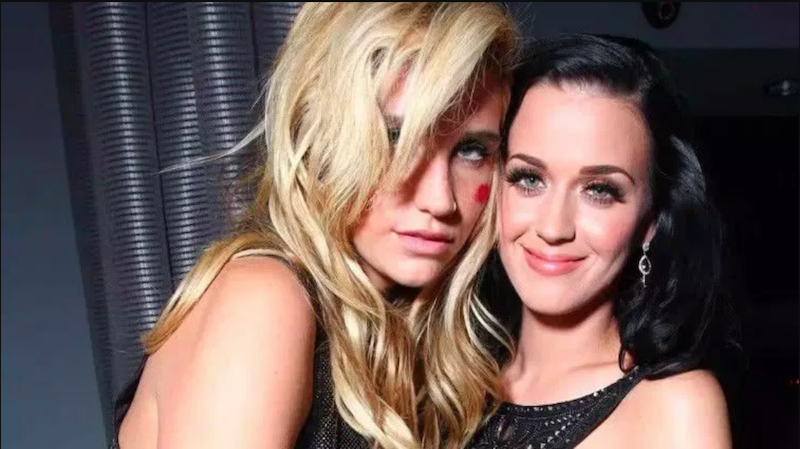 It’s been just over four years since Kesha filed a suit against former producer Dr. Luke for physical and sexual abuse. The case has since been chock full of upsetting developments, including Dr. Luke’s defamation countersuit that also found Lady Gaga dragged into things after she was subpoenaed to testify.

Earlier this year, Kesha also named Katy Perry as one of Dr. Luke’s victims, though Perry denied that she was ever raped by the producer. Now, newly-revealed court documents shared on Reddit show an upsetting text conversation between Kesha and Gaga that again brings Perry’s involvement into question.

Dating back to 2016, the conversation details their hopes would get Perry to testify against the allegedly abusive producer. “She could bring the whole thing to a head… She won’t,” Kesha writes, before adding, “She was raped by the same man. It’s sick.” Gaga offers to approach Perry on Kesha’s behalf, but they both agree that it would be difficult to talk to her at all because she is “mean.”

Check out the complete back-and-forth below.

Lady Gaga: Did she do something?

Kesha: She could bring the whole thing to a head.

Lady Gaga: Did she?

Kesha: She was raped by the same man. It’s sick.

Lady Gaga: She is probably really afraid to lose everything. You are really strong standing up to him, she’s not as strong as you yet. Have you talked to her?

Kesha: You’re right. I need to find sympathy and empathy for her. She’s so mean. It’s hard.

Lady Gaga: Do you want me to see if I can talk to her. I know she’s mean.

Kesha: Are you friendly with her?

Lady Gaga: NO. Omg NO. She makes me angry about shit but I just try to have empathy for her.

Kesha: Ugh I mean I know why she’s not coming forward. You are right and very insightful.

Lady Gaga: I mean. She probably hasn’t even accepted it yet.

Kesha: Maybe. It’s not my battle.

Update: Lady Gaga has responded to the unsealed court documents. In a statement to Twitter, she wrote, “@katyperry & I have grown up in the industry together. We’ve gone through both celebrations & differences w/ each other. These are old texts. We’ve matured, gotten over the past, love each other & share deep respect. Katy is my friend and is truly a kind soul. End of story. ❤️” Perry responded, tweeting, “Love you too friend ❤️ Onward and upward ????‍❤️‍????”

.@katyperry & I have grown up in the industry together. We’ve gone through both celebrations & differences w/ each other. These are old texts. We’ve matured, gotten over the past, love each other & share deep respect. Katy is my friend and is truly a kind soul. End of story. ❤️

Dr. Luke’s legal team has also issued a lengthy statement (the latest of many they’ve sent over the years) regarding the unsealed court documents. Included are a number of emails between members of Kesha’s legal team in which they vow to “battle this guy [Luke] in the press. Take down his business.” Luke’s attorneys also addressed Perry’s involvement, stating,

“The false narrative Kesha created about being raped became widely accepted, damaging Dr. Luke’s reputation irreparably. Compounding this malicious act, in 2016, Kesha told Lady Gaga that Dr. Luke raped Katy Perry, which is outrageous and untrue. Katy Perry testified under oath in this case that Dr. Luke never raped her. Regardless, Kesha refused to apologize. Instead, she issued a press release which again irresponsibly suggested that Katy Perry was actually raped by Dr. Luke. It seems that Kesha wanted to perpetuate the falsehood that Dr. Luke raped Katy Perry.”

In 2017, Kesha released her heartbreaking and empowering new album Rainbow, which detailed in part her struggles in attempting to bring Dr. Luke to justice and the emotional toll the process has taken on her.