Film Review: Overlord Adds a Touch of Class to the Nazi-Zombie Splatter Flick 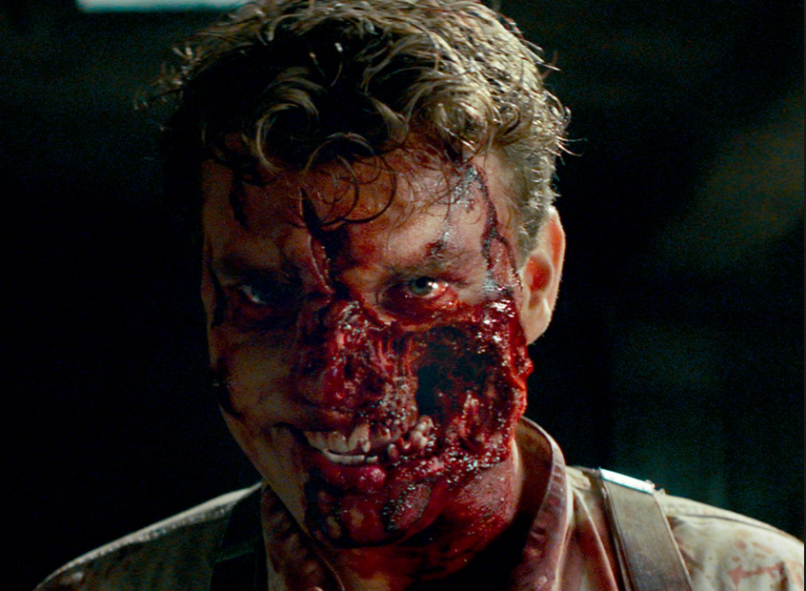 The Pitch: For the first third of its 110-minute running time, the latest film from J.J. Abrams‘ Bad Robot Productions plays like a typical World War II movie. After a squad of paratroopers gets shot down over Normandy on the night before D-Day, the survivors still intend to complete their mission of dismantling a German radio tower atop of a church. Once they arrive in the small French village that houses the Nazi base, however, Overlord veers into splatter-flick territory, revealing a Mengele-like experiment in reanimating the dead. The soldiers — with Jovan Adepo and Wyatt Russell at the helm — soon have to contend with sentient zombies, in addition to an already formidable German military.

Blood and Guts With a Braaain: Make no mistake — though Overlord may not be the next entry in the Cloverfield series, as originally reported, it’s still a genre film through and through, with plenty of gore on display even before our heroes go toe to toe with the undead. Fortunately, Adepo, Russell, the rest of their platoon (including a brief yet effective appearance from Bokeem Woodbine), and a French ally (Mathilde Ollivier) imbue their roles with the fear and vulnerability necessary to transcend their archetypes. There isn’t much time to explore every character as thoroughly as, say, Saving Private Ryan, The Thin Red Line, or Platoon, but we get just enough from everyone for their characters to be actual characters, not cartoons.

Director Julius Avery also makes the smart choice of presenting the paratroopers as racially integrated. While the casting bucks historical accuracy (the American military was still segregated in World War II), it subtly gives more thematic weight to the film’s narrative. They’re not just soldiers fighting Nazi zombies; they’re a group of diverse individuals standing up to oppression, even if Avery and screenwriters Billy Ray and Mark L. Smith don’t hit the audience over their head with the message.

In His Father’s (Bloody) Footsteps: Wyatt Russell has already forged a career much different than his father’s, but Overlord is notable for placing him in what ends up becoming a close-quarters horror movie a la The Thing. Once the paratroopers venture behind enemy lines, the atmosphere is more sterile, the gore becomes chillingly practical (the film’s first half relies a bit too much on CGI blood), and friends can easily transform into enemies. In yet another connection, the 32-year-old Wyatt is almost the same age as his father was at the time of The Thing‘s release (the older Russell was 31).

The Verdict: Given its Nazi-zombie subject matter, Overlord seems to be in the same tribe as 2009’s Dead Snow — at least on its surface. But Avery’s film stands apart for its sobriety. There’s little camp or gimmickry to be found, which is refreshing for a sub-genre whose films so often resort to bad jokes and kitsch violence. It’s probably too small-scale and workmanlike to ever be a stone-cold classic, but its overall seriousness, competency, and visceral special effects (digitized blood notwithstanding) make it something to celebrate, especially at its Fantastic Fest premiere.

Where’s It Playing? Overlord opens in theaters on November 9th.