Eddie Vedder jams out with Mike Campbell… in the bathroom 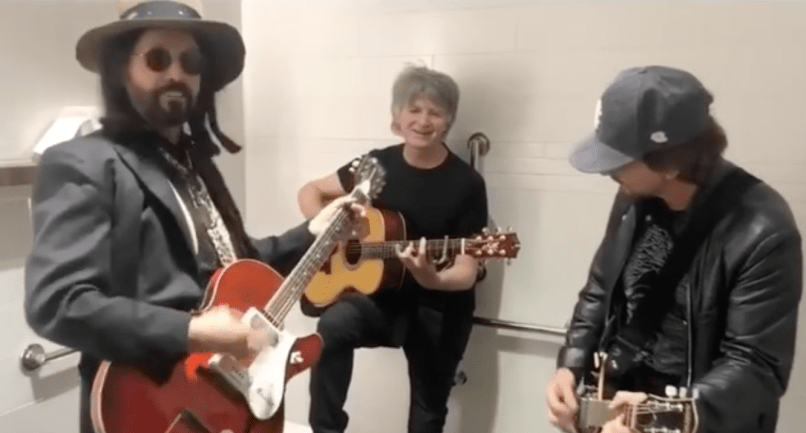 Mike Campbell, Eddie Vedder, and Liam Finn jam out in the bathroom

As he tours the country with Fleetwood Mac, guitarist Mike Campbell has filmed a series of bizarre and humorous videos of himself jamming out in various bathroom stalls. The latest video comes to us from a restroom in a Tacoma, Washington and sees Campbell joined by two very special guests: Fleetwood Mac bandmate Neil Finn… and Pearl Jam frontman Eddie Vedder.

Of coursed, Vedder and Campbell shared the stage on several occasions during Campbell’s time in Tom Petty and the Heartbreakers, and Vedder paid tribute to the late Heartbreakers frontman with a gripping performance of “Room at the Top”. Vedder also has a history with Finn, as he appeared on his 2001 project, 7 Worlds Collide.