The Odd Future MC will release his third album next week 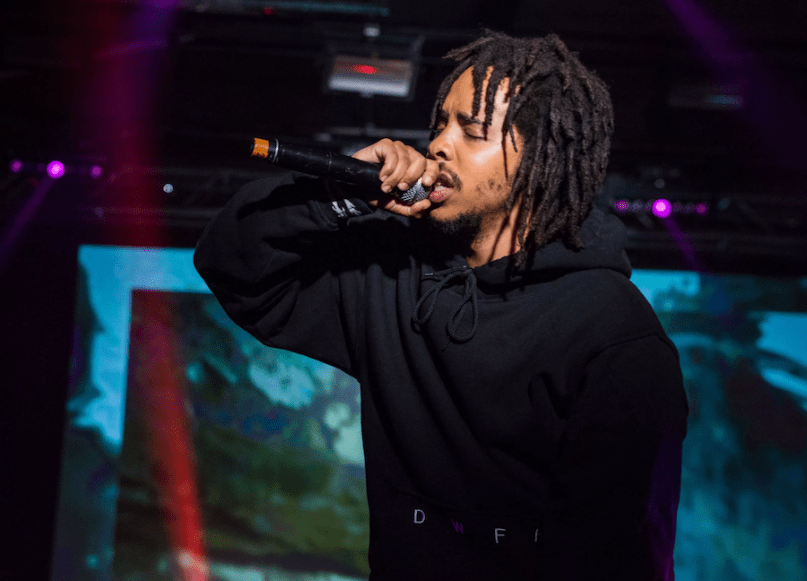 Early this month, Earl Sweatshirt dropped his first new single in three years, “Nowhere2go”. Now, the former Odd Future rapper has announced the release of a new album called Some Rap Songs, which is out November 30th.

In a statement, Earl said the album addresses the recent death of his father, South African Poet Laureate Keorapetse Kgositsile. “Me and my dad had a relationship that’s not uncommon for people to have with their fathers, which is a non-perfect one,” Earl explained. “Talking to him is symbolic and non-symbolic, but it’s literally closure for my childhood. Not getting to have that moment left me to figure out a lot with my damn self.”

Update – Nov. 26th: The album’s 15-song tracklist has been revealed. One of the tracks, “Playing Possum”, features Earl’s parents.

As a preview of the impending LP, Earl has broken off a second track called  “The Mint” and featuring Navy Blue. Over a woozy, syrupy beat, Earl addresses his time away from the spotlight in a dissonant, laid back delivery: “Two years, I’ve been missing, livin’ life/ It was wildin’, every day was trash.” Take a listen below.

Some Rap Songs marks the follow-up to Earl’s sophomore studio album, 2015’s I Don’t Like Shit, I Don’t Go Outside. After canceling a planned European tour due to anxiety, Earl made a brief appearance at the Mac Miller tribute concert and took part in Tyler, the Creator’s Camp Flog Gnaw earlier this month. He also recently guested on Vince Staples’ fantastic new album, FM!.