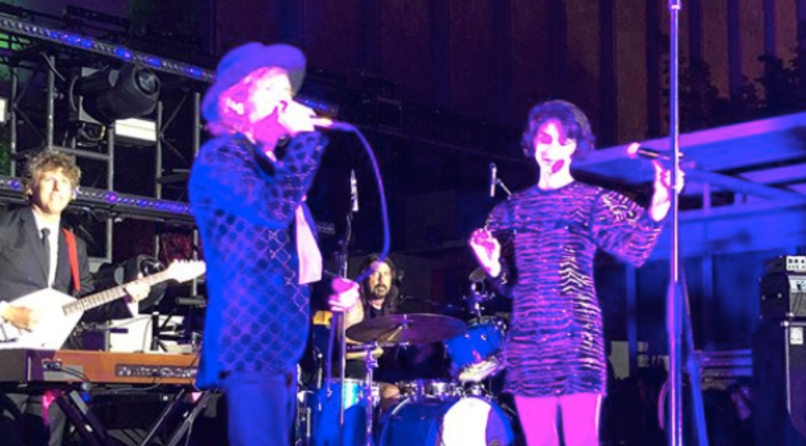 Dave Grohl and Beck have spent quite a bit of time on stage together in recent weeks. In late September, they teamed up for a Swing Left fundraiser held in a neighborhood backyard. This past Thursday, they joined forces again, this time at a get-out-the-vote event in Los Angeles (that same event also saw Grohl back Yeah Yeah Yeahs for a performance of “Heads Will Roll”). And over the weekend, Grohl and Beck shared the stage for a third time as the musical entertainment for the the Los Angeles County Museum of Art’s Eighth Annual Art + Film Gala.

According to the Los Angeles Times, Beck, singing lead, and Grohl, on drums, performed a set mixing Beck originals (“Devils Haircut”, “Loser”, “Where It’s At) and covers of Led Zeppelin, Talking Heads, and Van Halen. Adding to the star power, St. Vincent joined the guys for a cover of Blondie’s “Rapture”.

Watch fan-shot footage of the star-studded set below.