It was also used for recordings by David Bowie, Bob Marley, Eric Clapton and more 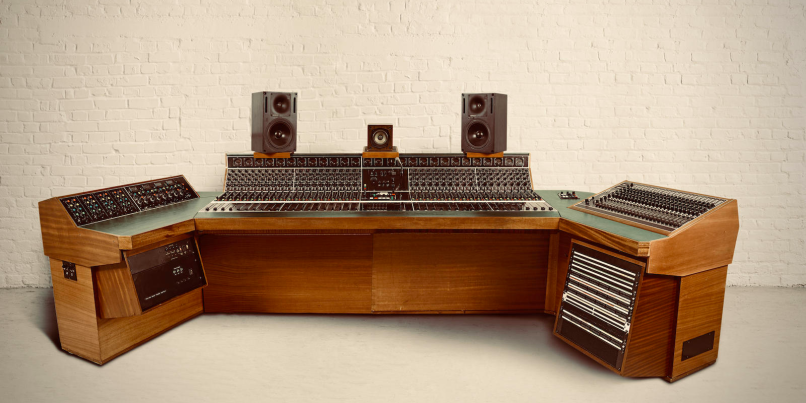 Next month, Bonhams auction house will be taking bids on an impressive batch of memorabilia from the worlds of film and music. And perhaps the most talked about lot in the bunch is the console that was used to record portions of Led Zeppelin’s IV, and classic recordings by David Bowie, Bob Marley, Eric Clapton, and many more.

The Helioscentric Helios Console up for auction is actually an amalgam of two consoles, one that was used at Island Records’ Basing Street Studio 2 and another that belonged to Space Studios, the space run by Alvin Lee. The two were combined in 1996 and installed at HeliosCentric Studios by Elvis Costello and his longtime friend and collaborator Chris Difford of Squeeze, under the supervision of Dick Swettenham of Helios Electronics, Ltd.

In addition to being used for Led Zeppelin IV (specifically for “Stairway to Heaven” and “Four Sticks”), recordings such as Bowie’s “Holy Holy”, Marley’s “I Shot the Sheriff”, Clapton’s “After Midnight” and Free’s “All Right Now” were engineered on the console. Also of note was Stephen Stills’ debut solo album, which contained guitar contributions from Clapton and Jimi Hendrix.

The Island console was used frequently from 1970 to 1974 until it was decommissioned and then put into storage until 1996. The other console was used by Lee from 1973 until the ‘90s as both his Space Studios space and Wheeler End Studios. Purchased by Difford and Costello, it became the in-house console for Squeeze recording projects and for Costello’s Demon Records. As well, the studio was used to record albums including Supergrass’s Life on Other Planets and Keane’s Hopes and Fears.