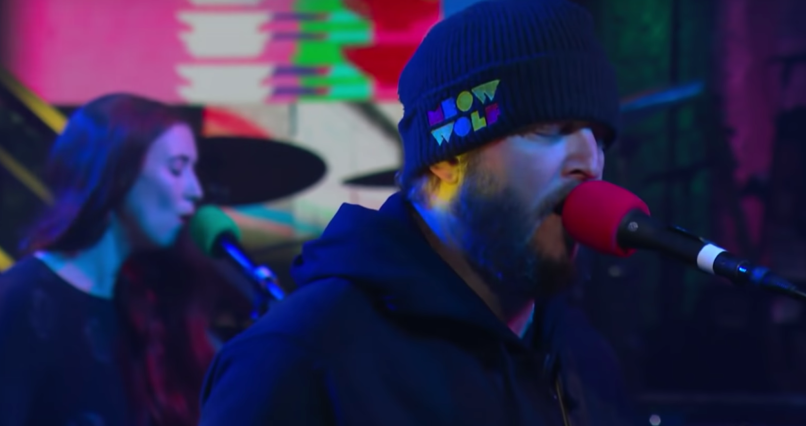 Big Red Machine, the collaborative group comprising The National’s Aaron Dessner and Justin Vernon of Bon Iver, made their TV debut Thursday night on the Late Show with Stephen Colbert. In continued support of their first album, released over the summer, the indie rock pair performed “Gratitude”. Catch the replay below.

In recent news, Vernon contributed to Eminem’s Kamikaze album, but has since distanced himself from their collaboration. “Not a fan of the message, it’s tired,” he said of the track “Fall”. Meanwhile, Dessner is set to take part in next month’s tribute concert to the late Frightened Rabbit frontman Scott Hutchison.