"I'm a grownup, I'm not about to fight a kid in the club," Azalea said following the incident 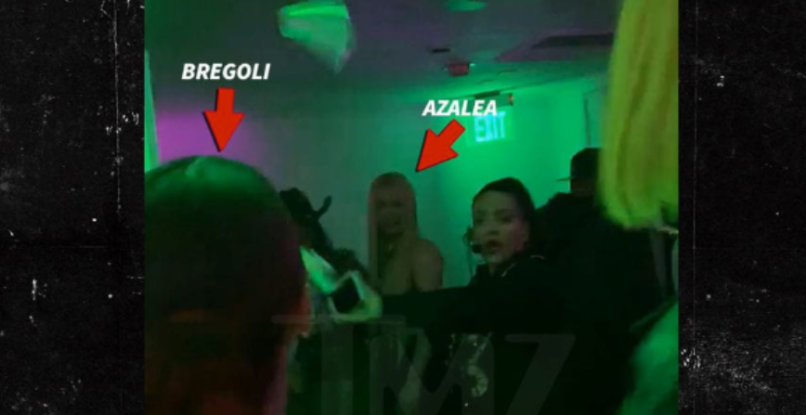 Bhad Bhabie, the 15-year-old Internet personality-turned-rapper, attacked Iggy Azalea at a FashionNova event hosted by Cardi B on Wednesday night, according to TMZ.

Video of the incident shows Bhad Bhabie (née Danielle Bregoli) throwing a full drink in the direction of Azalea. Bhad Bhabie then attempts to confront at Azalea, but security intervenes before she can get close.

TMZ reports that the two rappers have beefed previously on social media, with Azalea mocking Bhad Bhabie as a “little girl” who “has made a name for herself acting like a damn fool on television and online.” (Bregoli first entered the public consciousness with an appearance on Dr. Phil during which she repeatedly used the catch phrases, “cash me outside” and “how ’bout dah?”)

“I’m a grownup, I’m not about to fight a kid in the club,” Azalea said in an Instagram video filmed after the incident. She proceeded to dress Bhad Bhabie directly, saying, “You look silly, I’m not going to be scrambling around on the floor with a 15-year-old girl from the Internet… You’re young and you’re going took back on this and feel real dumb.”

Watch video of the incident along with Azalea’s response videos below.

Bhad Bhabie: “don’t come up to me acting like my friend”
Bhad Bhabie: pic.twitter.com/HOYTcn2VfE