Beastie Boys reveal “Sabotage” was about their annoying sound engineer 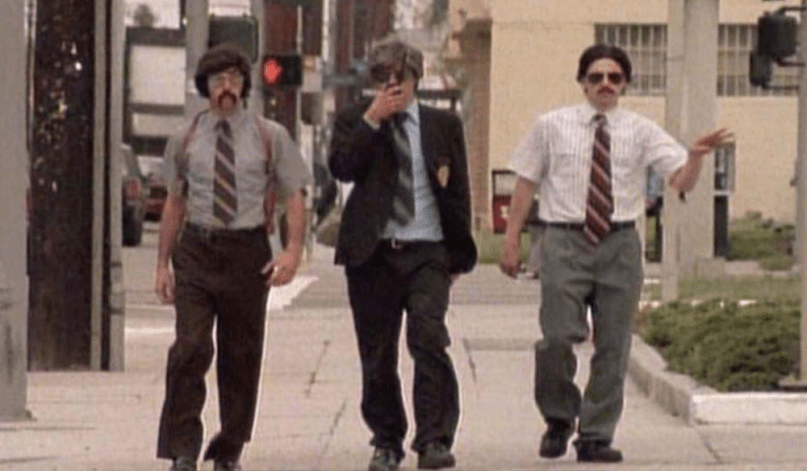 Beastie Boys in their "Sabotage" video

One such juicy tidbit was shared by Rolling Stone, which published a clip from the audiobook, which features different celebrities reading the Beastie Boys’ words. In a section written by Horovitz and read by comedian Tim Meadows, Ad-Rock reveals that the Ill Communication smash “Sabotage” wasn’t just about sticking it to the man — it was specifically about sticking it to the album’s recording engineer, Mario Caldato Jr.

Apparently, the group’s indecision during the album sessions was frustrating Caldato to no end. “We were totally indecisive about what, when, why and how to complete songs. Mario was getting frustrated,” reads Meadows. “That’s a really calm way of saying that he would blow a fuse and get pissed off at us and scream that we just needed to finish something, anything, a song. He would push awful instrumental tracks we made just to have something moving toward completion.”

After scrapping a more rap-centric version that would have featured a sample from Queen Latifah, Horovitz redirected his angst at Caldato. “I decided it would be funny to write a song about how Mario was holding us all down, how he was trying to mess it all up, sabotaging our great works of art,” Horovitz writes (and Meadows reads).

A second audiobook excerpt, published by Vulture, details the night Beastie Boys watched Blag Flag play their first New York gig at Peppermint Lounge in Times Square in 1981. Diamond and Horovitz recount the tale themselves, and you can listen to both audio clips below.

On Wednesday night, Diamond and Horovitz appeared on The Tonight Show Starring Jimmy Fallon. They shared a number of andecdotes from the book, including a 15-year-long prank that Adam “MCA” Yauch played on Horovitz. And as Wednesday was Horovitz’s 51st birthday, Fallon and Questlove gifted him a boombox and a Cookie Puss cake. Watch the segment below.