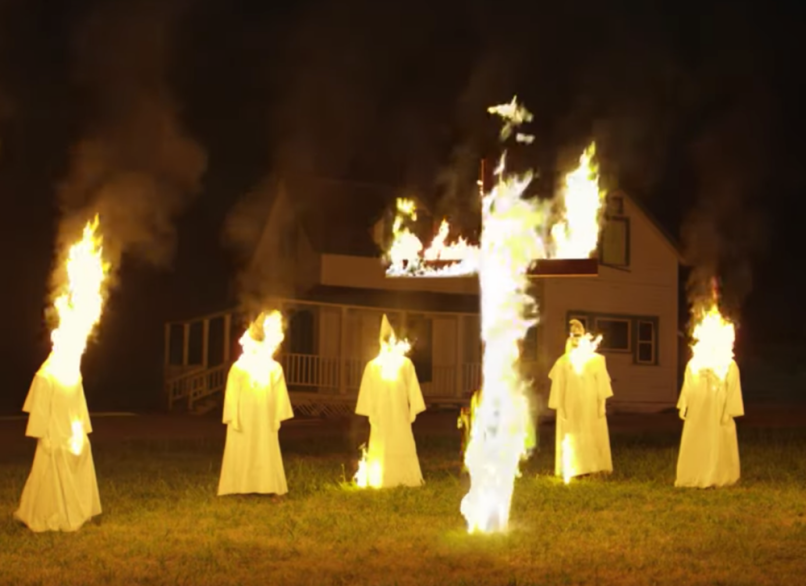 Earlier this month, we were captivated by ASAP Rock stylishly partying throughout New York City in his clip for Testing single “Fukk Sleep”. The Harlem-born rapper’s newly revealed video for his Juicy J-assisted single “Gunz N Butter” should similarly grab the attention of viewers — but for much different reasons.

Directed by James Mackel (Kid Ink, Borgore), the visual depicts a series of thrilling — and sometimes provocative — moments including police raids, a sweaty basement show from Rocky himself, sweeping views of a desert, and a kitchen sex scene. The fieriest bit of them all, however, involves *chef’s kiss* a group of KKK members engulfed in flames.

Watch the video below (though maybe not at work).