Muse Dive into Electronica on the Polarizing Simulation Theory 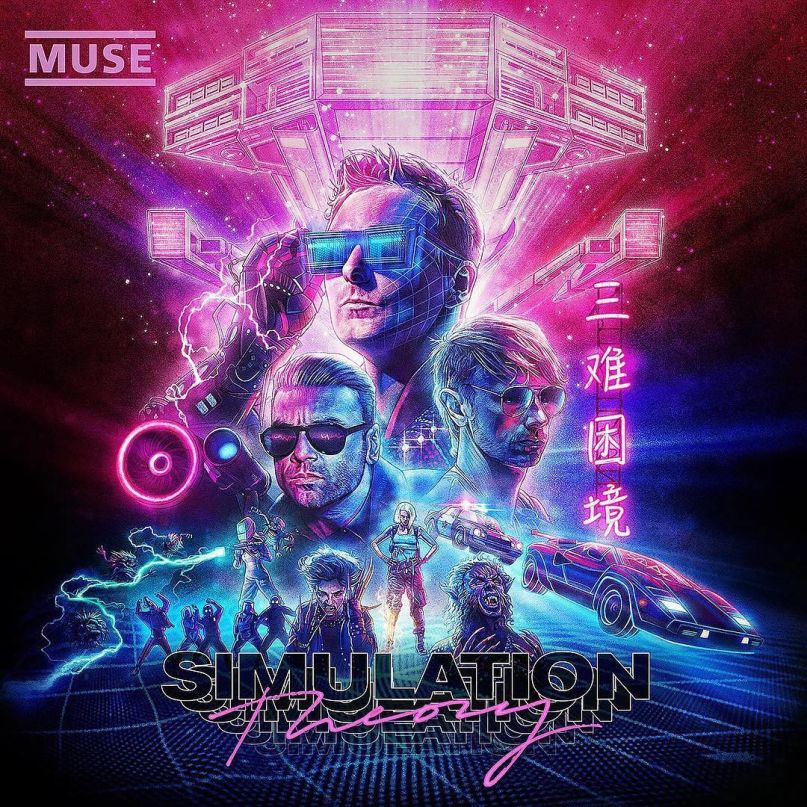 The Lowdown: Muse have long dabbled with infusing electronica into the sonic staples of rock, and Simulation Theory, their eighth record, sees the trio lean into that sound more boldly than ever. However, this delicate rock-electronic elixir is executed far more successfully on some tracks than others. Whereas certain songs allow the bevy of nuance that Simulation Theory presents to achieve a natural state of cohabitation, others bombard the ear with excess — forcing the musical duality with a heavy hand rather than letting it naturally manifest. It is clear from Muse’s past work that they are indeed capable of really delivering, but this time, they just didn’t do so as strongly.

The Good: Simulation Theory is at its best when it revels in simplicity, allowing the rock and electronic elements to find natural cohesion without one dominating the other. This is achieved when sonic excess is stripped back, which creates ample breathing room for the nuances of the soundscapes to gradually unfold as opposed to feeling forced and crammed. “Pressure” and “The Dark Side”, for example, stand out as two of Simulation Theory’s strongest tracks due to their ability to source mastery from subtlety. Yes, the rock and electronic elements that hallmark the album are present, but they’re not overbearing by any means. This allows the ear to organically detect some of the album’s strongest moments of musicianship, such as the strength of Matthew Bellamy’s vocals and the strategic riddling of flavorful guitar licks, and they shine through with ease.

The Bad: Simulation Theory’s dizzying display of electronica often muddles the stylistic strengths that are legitimately there. Bellamy’s vocal performance is as skillful and unwavering as ever, but tracks such as “Propaganda” and “Break It to Me” find it buried by overproduced soundscapes that feel far too crowded for a three-minute duration. The lyrics, then, wind up as a casualty of this as well. From the portions of the album in which they are audible, it is apparent that they put forth insightful commentary on the fractured state of the present. With that being said, the lyrics are perhaps one of Simulation Theory’s  greatest strengths — but, when they’re drowned out by beats and bass that are reminiscent of the musical fare of a cheap nightclub, one would never know that.

The Verdict: Simulation Theory is certainly one of Muse’s most innovative albums to date, but with innovation comes inherent risk. Muse’s firm embrace of electronic tropes risks fragmenting their fan base, particularly those who had been by their side since their earlier days and would find certain elements of Simulation Theory to sound shockingly foreign. On the other side of the coin, though, listeners who had previously revelled in the moments where Muse dipped their toe into electronica will delight in finally seeing them cannonball into the pool. It’s polarizing for sure, but that’s not necessarily a bad thing.

Essential Tracks: “Pressure”, “The Dark Side”