The 50th anniversary reissue of The White Album arrives next month 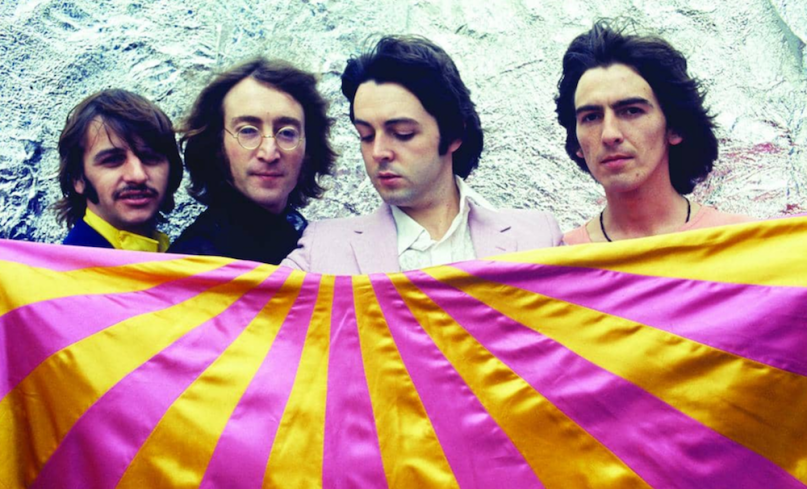 This year, the surviving members of The Beatles are celebrating the 50th anniversary of their iconic White Album with an expansive deluxe reissue. Due out November 9th via their own Apple Corps Ltd. and Capitol/UMe, it boasts a generous helping of previously unreleased material, including 27 (!) early acoustic demos and 50 (!) session takes.

Ahead of its official release, one of those acoustic compositions has been unearthed. The track is a stripped-back rendition of “While My Guitar Gently Weeps”, originally recorded on July 25th, 1968.

As Rolling Stone notes, this version features just George Harrison on guitar and Paul McCartney on harmonium; at certain points, one can even notice the way Macca is still growing accustomed to the chords. Harrison can also be heard singing lines that were later swapped out: “I look from the wings at the play you are staging / As I’m sitting here doing nothing but aging.” Considering The White Album’s place in music history’s canon, it’s a fascinating look at the early stages of the masterpiece.

The deluxe edition of the reissue also has new mixes of the album’s 30 original tracks, helmed by producer Giles Martin and engineer Sam Okell in stereo and 5.1 surround sound. It will be available as a super seven-disc box set; three-CD deluxe set; a four-LP deluxe vinyl set; a two-LP standard vinyl set; or digitally. Pre-orders are now ongoing.