Sharon Van Etten faces the past in new video for “Comeback Kid”: Watch

"The visuals draw from Sharon’s personal archive of photos and videos as the narrative of the song looks back on her past," says director Jonathan William Turner 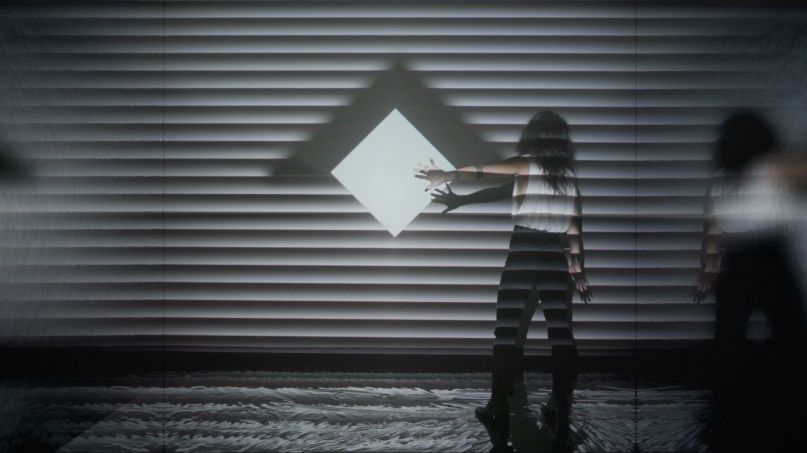 The cover of Sharon Van Etten’s anticipated new album, Remind Me Tomorrow, depicts children in a messy playroom, an evocation of simpler, more carefree times. The new video for lead single “Comeback Kid” swirls around similar themes, with the singer standing before a chaotic slideshow cycling through her own chronicles of bygone ages, phases, and families.

“As the lyrics for ‘Comeback Kid’ unfolded, I realized I was talking about many selves: the kid, the adult, the sibling, the friend, the neighbor. I imagined a projector streaming over me of memories, unclear if they are mine or someone else’s, confronted by the disorientation of time and perspective,” Van Etten says in a statement. “[Director] Jonathan William Turner helped me to convey these struggles of self, forgiveness, and living in the now.”

William Turner adds, “The visuals draw from Sharon’s personal archive of photos and videos as the narrative of the song looks back on her past. The elements are then reactivated by an undercurrent of abstract animations. These sequences are also used to frame and obscure her performance, suggesting the fractured identity of someone looking at their past, but also confidently facing the future. Sharon is both audience and projectionist of her memories.”

Remind Me Tomorrow arrives on January 19th via Jagjaguwar. In February, she’ll hit the road for a sprawling world tour with U.K. songwriter Nilüfer Yanya as support. See the full list of dates here.