Batmanglij also offers an update on his "beat-driven" sophomore album 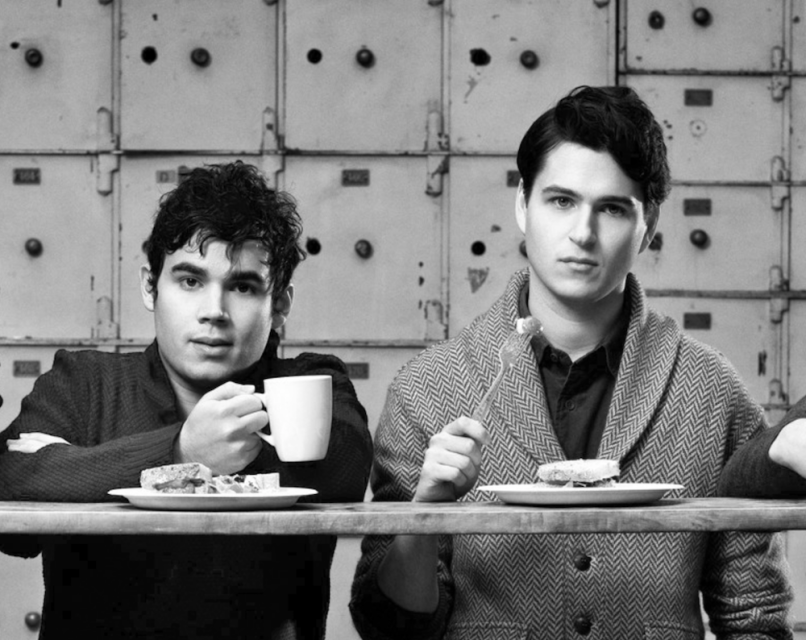 Rostam and Ezra Koenig during their Vampire Weekend days

Rostam Batmanglij returned in September with a new solo song called “In a River”. On the track, the former Vampire Weekend member explores uncharted territory with the help of a mandolin; he also described it as his first composition to fuse traditional studio recordings with actual audio taken from one of his concerts.

It turns out “In a River” is just one of many new songs Batmanglij has been working on lately. Speaking on the latest episode of Kyle Meredith With…, he said the track is part of a “groundswell of new songs that are coming out.” He added, “There’s more coming down the assembly line… it feels like I’m in a good place.”

In developing these new songs for his sophomore solo album, Batmanglij re-discovered a love for drums, and said that fans should expect an LP with an emphasis on percussion. “I have a ton of beats,” he remarked. “I’ve definitely been pushing myself to make a beat-driven record, so there’s kind of a little bit of a ’90s vibe and big drums.” Whenever the record comes out, it would mark his proper follow-up to last year’s excellent Half-Light.

Batmanglij isn’t just booking studio time for himself, though. Known for his collaborations with Dirty Projectors, HAIM, and Lykke Li, Batmanglij revealed that he and former band mate Ezra Koenig have worked together on new music.

“I think it’s going to come out at some point,” he said. “Our creative relationship continues just as we said it would, and our friendship endures.” Batmanglij stopped short of commenting whether this new material is for his own solo project or Vampire Weekend’s upcoming album.

Tune into the entire interview below, which also features discussions about political music, his collaborative album with Hamilton Leithauser, his love for U2, Bob Dylan, and Madonna, and what it’s been like “starting from scratch” as a solo artist.