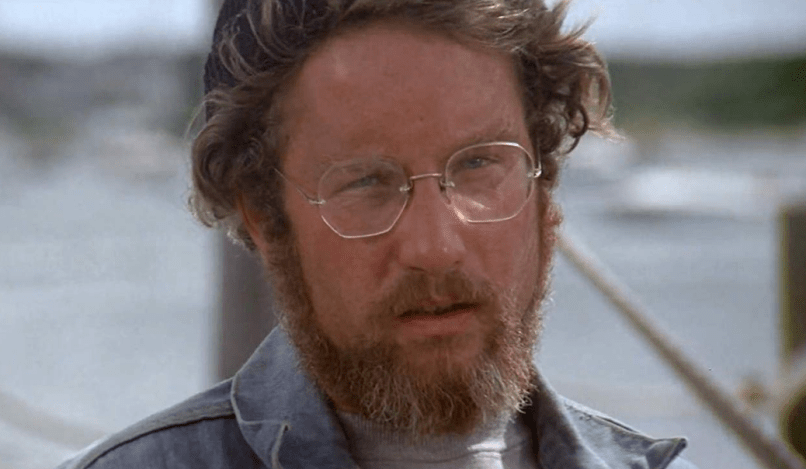 People say stupid things. All the time. Listen close enough on the bus, train, or car ride home and you’ll likely hear someone next to you or on the radio say something that turns your brain into pudding. Well, that someone today is Richard Dreyfuss, who apparently thinks Steven Spielberg’s Jaws could benefit from a facelift — at least for younger generations.

In a recent interview, Deadline asked the veteran actor whether he would be opposed to a special edition of Spielberg’s masterpiece, complete with restorations and, you know, a CGI fucking shark. Surprisingly, Dreyfuss, who played oceanographic genius Matt Hooper in the 1975 original film, plays a total idiot in his response.

“I think they should do it,” Dreyfuss adds enthusiastically. A little too enthusiastically. “It would be huge and it would open up the film to younger people. Is that blasphemy? No, no, I don’t think so. The technology now could make the shark look as good as the rest of the movie.”

“There are people who say Jaws is a perfect film otherwise and it is amazing what Steven accomplished with the challenges he had,” Dreyfuss continues. “But you’re dead-right, I think you’re on to something. They should put the money into CGI [to replace] that beast and make it come alive.”

Here’s the thing: Sure, the giant shark replica looks a tad ridiculous at times — mostly when it lumbers onto Quint’s boat at the very end — but it doesn’t matter by then because you’ve been so enraptured by its presence. That presence, however, would be destroyed by ghastly CGI.

In fact, to date, there hasn’t been a single film that can do justice to the CGI shark. Not Deep Blue Sea. Not Open Water. Not The Shallows. And certainly not this summer’s Meg. But even if they could, didn’t we learn anything from George Lucas’ tinkering of the Star Wars trilogy? Let classics be classics.

Back to the cage, Mr. Dreyfuss.