He did manage to trick one young fan, though 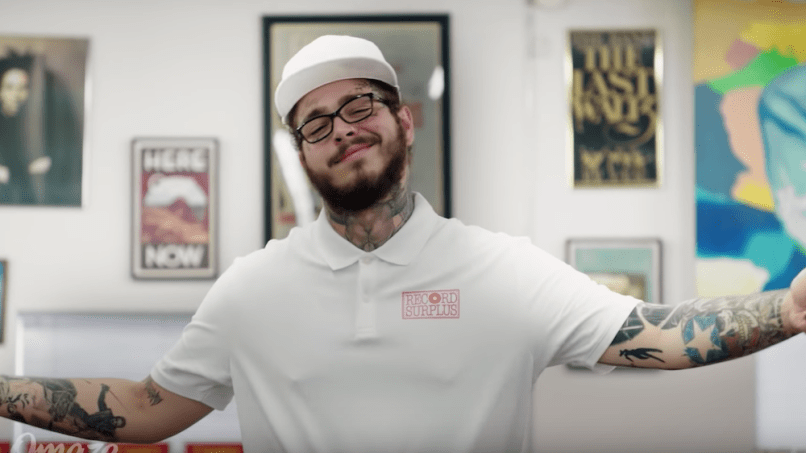 Post Malone is one of the biggest names in the rap game right now, which would be enough to make him instantly recognizable to most music heads. Add in the trademark tattoos all over his face and neck, and he’d be hard pressed to blend in anywhere. Yet, give the guy a hand for trying, as he recently went “undercover” at as a record store clerk to promote his new Omaze campaign.

Malone slipped on some glasses and a hat, but he was unsurprisingly called out by one fan almost immediately. “Are you Post Malone?” she asks within seconds of him walking over to her. “You can’t walk around with those tattoos and be invisible.” She’s got a point.

He did manage to fool a couple folks, though, especially when he stuck to the older crowd. One white bearded gent told him he needs “more Jesus” after reading the lyrics to “Rockstar”, while another woman tried to encourage to chase his dream of being an “extreme” accountant. He did trick a few younger people, though, including one guy who tried to help him choose a rapper name; he decided “Young Fleshlight” might be “a little crazy.” The best moment was clearly when he asked a little boy what sort of music he listened to and he answered, “I like listening to ‘Better Now’ by Post Malone.” Just watch the kid’s face when Malone takes off his “disguise”.

The whole thing serves to promote a fundraiser auction in which Malone is giving away a Bentley. The winner also gets to fly to Los Angeles for a joyride with the rapper himself. Find more information and enter at Omaze.