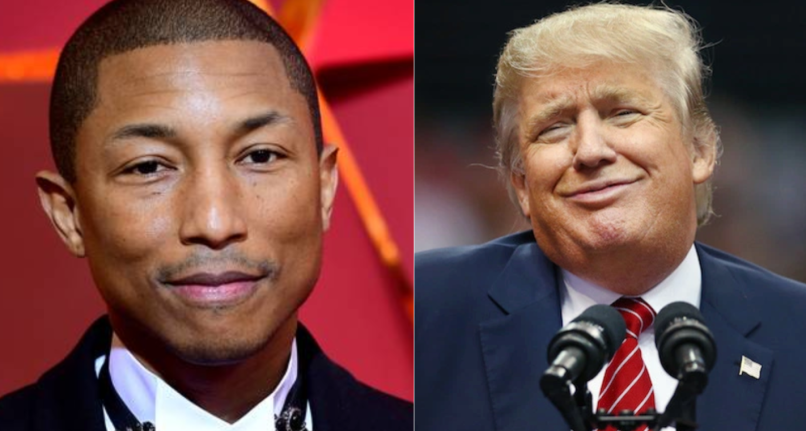 Donald Trump is often accused of being tone deaf, but this one might take the cake. Hours after a real-life Nazi opened fire inside a Pittsburgh synagogue and took the lives of 11 innocent people, Trump held a a hyper-partisan campaign rally in Illinois. To make matters worse, prior to Trump taking the stage, Pharrell Williams’ song “Happy” was played over the loud speaker.

Now, Williams has sent a cease and desist to Trump. “On the day of the mass murder of 11 human beings at the hands of a deranged ‘nationalist,’ you played [Williams’] song ‘Happy’ to a crowd at a political event in Indiana,” wrote Williams’ attorney, Howard King. “There was nothing ‘happy’ about the tragedy inflicted upon our country on Saturday and no permission was granted for your use of this song for this purpose.”

Williams has not and will not grant Trump permission to use “Happy” and doing so constitutes both copyright and trademark infringement, according to King.

Williams is the not the first artist to send a cease and desist to Trump over the unauthorized use of their music. In the last few months, Prince’s estate, Steven Tyler, and The Rolling Stones have all taken similar actions.