Pennywise scares the hell out of Diddy on Ellen: Watch 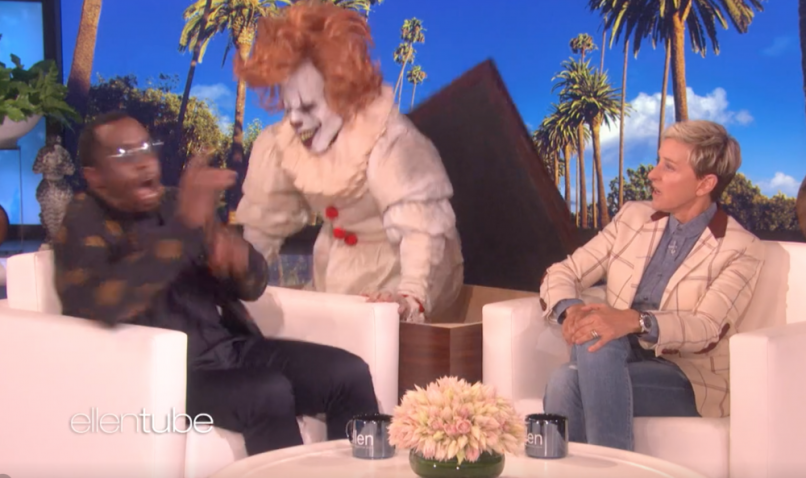 Diddy on The Ellen DeGeneres Show

Nobody likes a clown, especially not Diddy.

The hip-hop veteran, who’s also been known to go by Puff Daddy, Brother Love, and simply Sean Combs, stopped by The Ellen DeGeneres Show early Thursday morning, where he was welcomed with a surprise Halloween treat: Pennywise the Dancing Clown.

During their conversation, DeGeneres mentioned she heard a rumor that he was afraid of clowns, to which Diddy argued: “No. Impossible. I’m a black man. I have so many other things to be fearful of. A clown is not gonna scare me.” Well, that’s not exactly true.

Shortly after, Pennywise popped up from underneath a nearby table, sending Diddy flying. Being a good sport, he danced it off, adding, “You know, I woke up this morning and I said, ‘I want my life to be full of surprises.’ You really affected my street cred with that.”

Don’t worry, Diddy. Even Richie “T. Mouth” Tozier has a fear of clowns. Watch the clip below and be sure to subscribe to The Losers’ Club, our weekly Stephen King podcast, that’s currently trudging through all 1,200 pages of It.