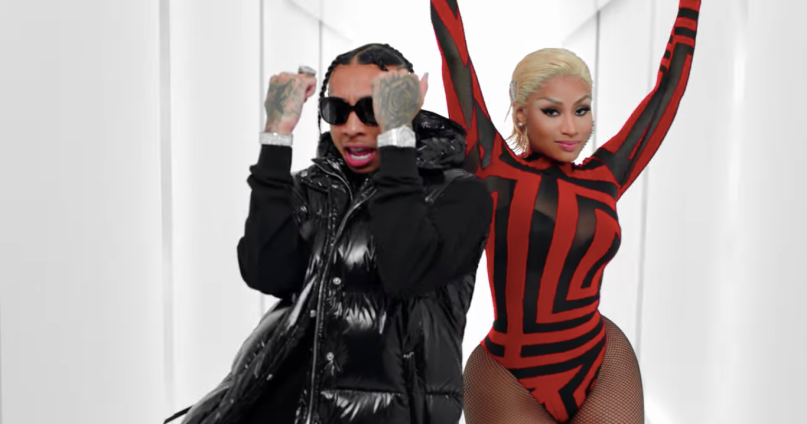 Tyga returned with a brand new single, “Dip”, after releasing his sixth studio album, Kyoto, back in February. Now, the West Coast rapper is back with new version of that single featuring none other than Nicki Minaj. The pair have also released a music video for the cut.

Directed by Tyga and Arrad, the clip derived inspiration from Michael Jackson and Janet Jackson’s 1995 “Scream” video. The stark color contrasts are on display, as is the interplay between the two artists. “Tyga and I coordinated fucking well for this video, you would think we put the looks together,” Minaj said on a recent episode of Queen Radio (via Rap-Up). “All we did was put the colors together. The video is clean and fly as fuck. I’ve shot huge big-budget videos before that didn’t look like that. He’s extremely fucking talented.”

Minaj dropped her latest album, Queen, in August, and is now facing a copyright infringement lawsuit from Tracy Chapman.