"Luckily, Mr. Daniels was able to frighten away the person and the LAPD quickly responded" 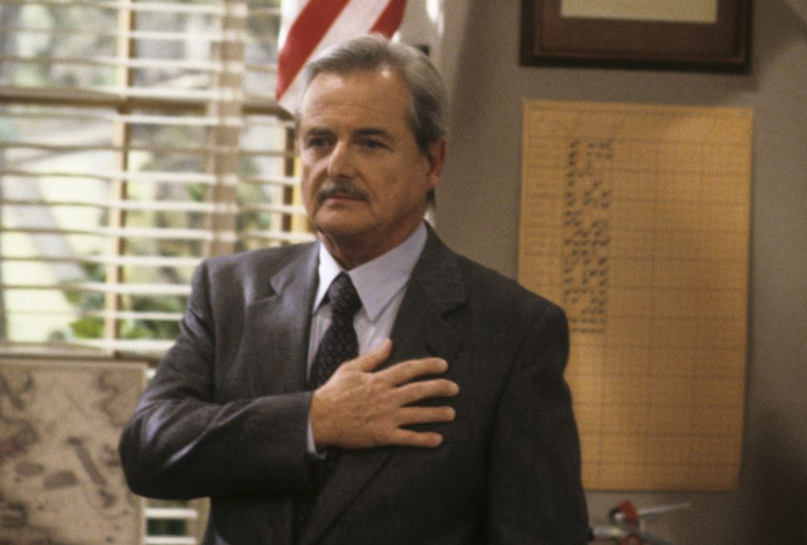 Mr. Feeny is a no-nonsense guy. Sure, he joked around several times throughout Boy Meets World, but at the end of the day, he lives in a world of rules. At 91 years old, that remains the case for actor William Daniels, as he triumphantly proved this past Saturday.

As USA Today reports, the veteran actor, who also voiced the iconic car K.I.T.T. in Knight Rider, foiled an attempted burglary on his home over the weekend. Simply put, he turned on a light when he heard a noise, scaring off the intruder, who was trying to break through his back door. At the time, he was enjoying a lovely night with his equally lovely wife, Bonnie Bartlett.

“Luckily, Mr. Daniels was able to frighten away the person and the LAPD quickly responded,” Daniels’ representative explained in a statement. “They are both well. Mr Daniels thanks all his fans for their concern.”

It’s admittedly quite a non-story, something Daniels is all too self-aware about, as he joked today on Good Morning America: “I struggled with an intruder, took him to the ground, I beat him up and he ran away with bruises all over him. Would you like to print that? You better not. It’s a total lie.”

True, Mr. Feeny, but it’s a great lie. Watch his appearance on Good Morning America below, including some support on Twitter from his fellow co-star Will Friedle, who played Cory’s hunky older brother Eric Matthews.