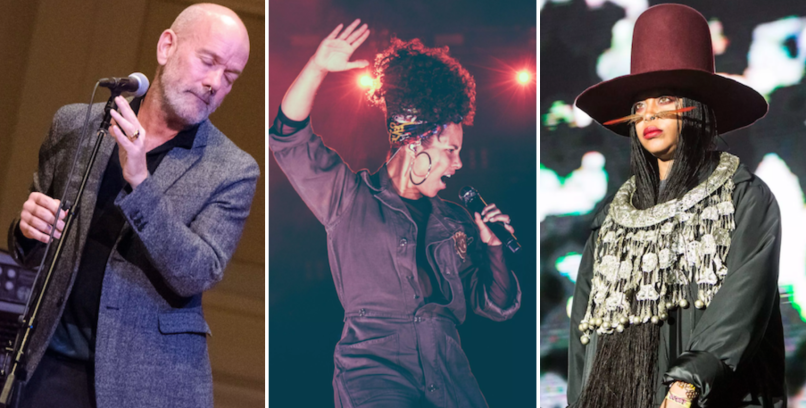 The F.B.I. is currently conducting its investigation into the sexual assault allegations against Supreme Court Justice nominee Brett Kavanaugh. Should they wrap up interviews by Trump’s Friday deadline, the Senate could be voting on Kavanaugh’s confirmation by the end of the week. Before that happens, though, over 20 musicians, authors, actors, and producers will make their voices of dissent heard at a protest dubbed, “Bravery is Contagious.”

Set to take place Thursday at 7:00 PM right outside of the Supreme Court, the protest comes in support of Dr. Christine Blasey Ford and Deborah Ramirez, two of Kavanaugh’s alleged victims. R.E.M.’s Michael Stipe, Erykah Badu, Alicia Keys, Amanda Palmer, and Maxwell are all scheduled to appear at the event. Unfortunately, UB40 is not confirmed, which seems like a missed opportunity.

Party Majority PAC, the organizers behind the event, notes on its website that, “If there was ever a moment when the voice of the people can come together in concert to change the fate of our nation, this is it. Arm in arm, organized and ready, every child, woman, and man, must take to the streets to protest this nomination. The legitimacy of the nation’s highest court is at stake as is the future of our country.”

Those who can’t attend are encouraged to participate in local protests and sign a pledge at the Bravery is Contagious website.

Update: Per a member of the #CancelKavanaugh campaign, Bravery is Contagious is not a concert, as previously reported. Instead, the artists involved “are lending their names to the cause ONLY.”

Previous Story
Doctor Sleep will and won’t be a sequel to Stanley Kubrick’s The Shining
Next Story
Claudio Sanchez on Coheed and Cambria’s Return to Amory Wars Concept with Vaxis – Act I: The Unheavenly Creatures
Popular
More Stories
[fu-upload-form form_layout="media" title="Submit Your Photo"][input type="hidden" name="ugc" value="1"][/fu-upload-form]