One song, covered by multiple musicians in an effort to get people to the polls next month 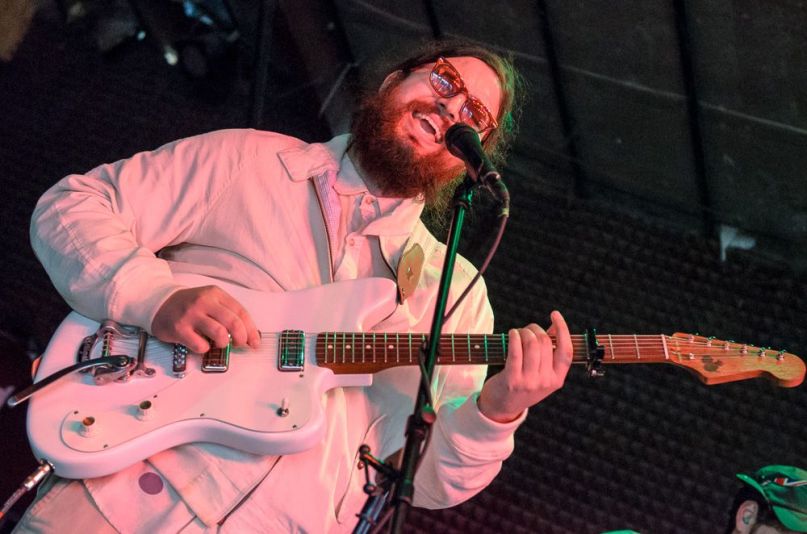 Matthew E. White’s got something new up his sleeve: A trio of EPs, each featuring a slew of different artists covering a new, fiercely political song he wrote, “No Future In Our Frontman”.  The hope is to encourage voter turnout, with proceeds from the project going to charities benefitting voter participation and registration.

A spacey, straightforward slice of art-pop, the track serves as a rebuke to our messy president, with White singing that “there is no harmony in his Babylon, and I refuse to sing along.” Artists that will share covers of the track include Natalie Prass, Kevin Devine, PC Worship, Bedouine, and more.

“I believe that Donald Trump is a corrupt, depraved and incapable leader. Along with being unconscionably egomaniacal, his presidency regularly traffics in our worst prejudices, peddles bigotry, and violently disregards truth by both encouraging ignorance and actively participating in deceit,” says the CoSigned artist in a statement. “This song is an acknowledgement of our current political disaster and a call for resistance.”

Hear his version below.

The first of the three EPs arrives tomorrow, October 19th, with a new release dropping digitally every following Friday. On November 2nd, a few days before the November 6th primary elections, an album-length compendium of the covers will be released via Domino Records. A 7-inch release of White’s version can be purchased here.