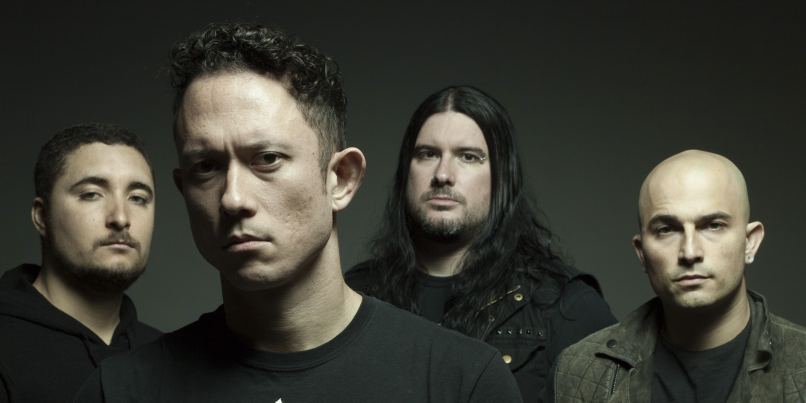 With his wife set to give birth to twins soon, Trivium frontman Matt Heafy has left the band’s current North American tour to be home for the blessed event.

Rather than cancel the remaining dates, the rest of the band called in some favors and brought in some ringers to help them finish the tour, including ex-Killswitch Engage vocalist Howard Jones, Avatar frontman Johannes Eckerström, and YouTube personality Jared Dines.

In a video message posted on Twitter announcing his departure from the trek, Heafy said, “I just had to fly back unexpectedly home to Orlando. As you know, my wife and I are expecting twins, and as you also know with pregnancy, there are no definitive answers on when things are happening, especially when it’s two. So I had to get back. I took an emergency flight to get back home. I’m home now. We’re basically just on watch.”

The remaining dates include tonight’s show in Edmonton, Alberta, and a run of dates along the West Coast that wraps up at Berkeley’s UC Theatre on November 3rd.

Also in that clip, Heafy insists that not a beat will be missed by Trivium, as he has been working closely with his short term replacements, bringing Jones and Dines onstage during recent shows and sharing a soundcheck with Eckerström to get them acclimated to the material.

“It’s very weird for me to be on the best North American tour of my career, and then to have to fly home,” Heafy said. “The plan was, obviously, to do the entire thing, but, thankfully, right now Howard Jones, Jared Dines and Johannes are all working…to make the set happen. And I truly believe that you guys are gonna get a once-in-a-lifetime show and I’m so upset to be missing it.”

Avatar and Jones’ band Light the Torch have been opening for Trivium on this current run, and Dines has popped up onstage with Trivium at recent shows.