Own a statue of Dr. Ian Malcolm in one of his many iconic poses 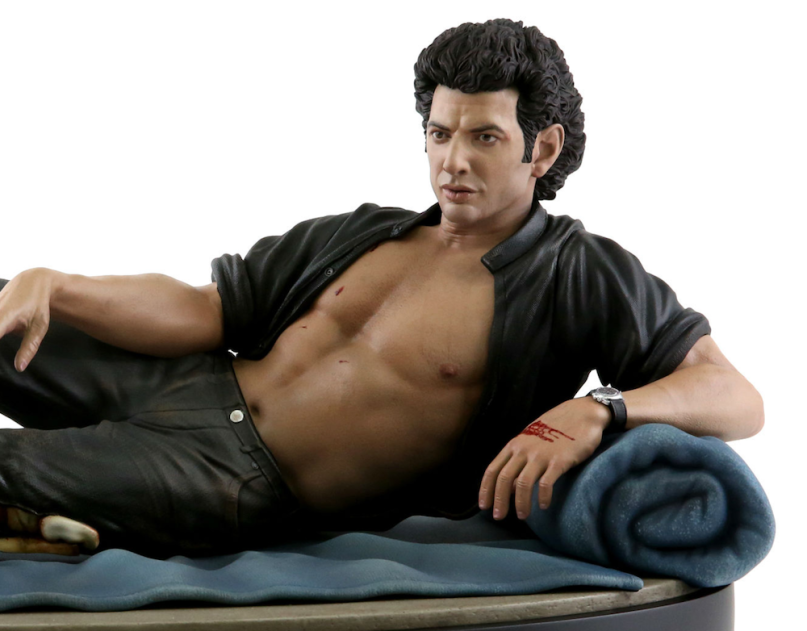 Jeff Goldblum’s turn as Dr. Ian Malcolm in the Jurassic Park series has become one of his defining roles, giving fans plenty of memorable moments. Now, you can bring one of the character’s sexiest moments out of your spank bank and into your home thanks to a new statue coming from Chronicle Collectibles.

As revealed at this year’s New York Comic Con, Chronicle has captured all of Malcolm’s shirtless, wounded, smoldering glory from that scene — yes, that scene, don’t act like you don’t know what we’re talking about — in a gorgeously recreated 1:4 scale statue. There he reclines, speckles of blood carefully painted upon his exquisitely chiseled chest, bone protruding alluringly through thigh, hair immaculately coiffed. Swoon.

Part of Chronicle’s new Jurassic Park collection, the Malcolm statue retails at $600. It’s expected to ship in the fourth quarter of 2019, but pre-orders (including affordable payment plans) are going on now. Same goes for the 1:9 scale rotunda T-Rex ($1,350) and 1:4 scale Dr. Alan Grant (Sam Neill, also $600). Check out some pics of the top of next year’s Hanukkah list below.