Joan Jett and Deer Tick's John McAuley, both of who fronted Nirvana at their 2014 reunion show, are on Cal Jam's lineup 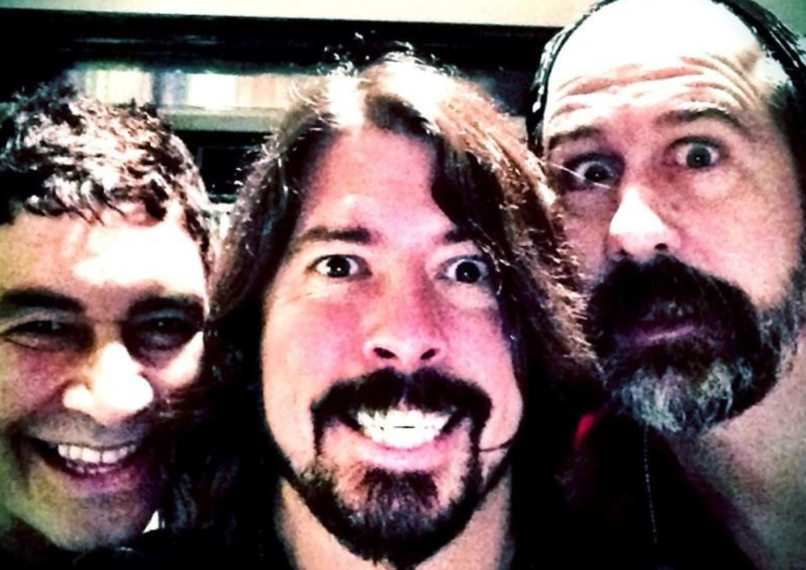 No one likes a surprise more than Dave Grohl, and it looks like Foo Fighters’ frontman has quite a treat in store for attendees of the band’s Cal Jam Fest, which takes place this weekend in San Bernardino, CA.

Over the last 24 hours, Foo Fighters have posted two cryptic tweets in reference to Cal Jam. In a tweet announcing a screening of Joan Jett’s new documentary, Foo Fighters responded by tweeting: “CAN’T WAIT!!!! What else could we have up our sleeves???” Stay tuned….”

Hours later, Foo Fighters shared footage from Nirvana’s Rock & Roll Hall of Fame afterparty, which took place following the band’s induction in 2014. That tweet included the caption, “This is a Jam @caljamfest #CalJam18,” and it was retweeted by Nirvana’s verified Twitter account.

What’s it all mean? Is a Nirvana reunion really in store for Cal Jam?

Here’s what we know for sure: All three surviving Nirvana members will be present at the festival. Grohl and Pat Smear, of course, play together in Foo Fighters, while Krist Novoselic is scheduled to appear with his current band, Giants in the Trees. Also on the Cal Jam lineup are two of the vocalists from Nirvana’s 2014 reunion show: the aforementioned Joan Jett and John McAuley of the band Deer Tick. McAuley is also featured in the below video, which shows “Serve the Servants” played backwards.

We’ve reached out to Foo Fighters’ representatives for more information.

For reference, here was the setlist played at Nirvana’s 2014 reunion: