Happy Halloween! Elon Musk and Grimes went to a pumpkin patch over the weekend 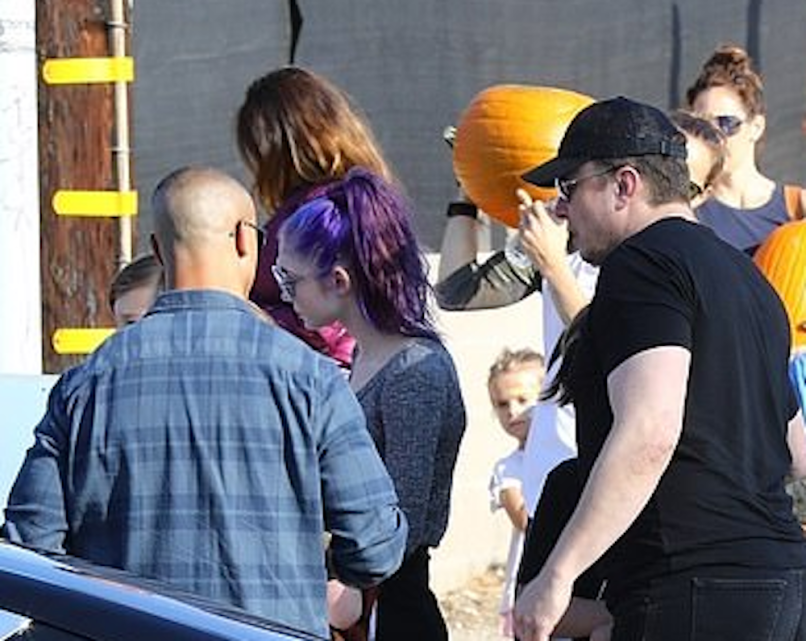 Grimes and Elon Musk at pumpkin patch, photo via The Daily Mail

The honeymoon may be over for Ariana Grande and Pete Davidson, but that’s not the case for pop culture’s other favorite unexpected couple: Elon Musk and Grimes. After keeping their relationship out of the spotlight for over a month, the two were spotted picking pumpkins in Los Angeles over the weekend.

Musk and Grimes, who made their red carpet debut this past May, were accompanied by Musk’s five sons, Griffin, Xavier, Kai, Saxon, and Damian, as The Daily Mail reports. All seven appeared to be in good spirits during this autumnal activity — despite the drama currently surrounding both their romantic relationship and Musk’s tensions with Tesla and the SEC.

In August, the pair unfollowed each other on social media, indicating there was trouble in paradise. Things didn’t get any easier for Musk, as thanks in part to Azealia Banks, the SEC took action against him for securities fraud charges. Musk and the SEC ultimately settled on a deal, but it cost him his position as chairman of Tesla and a $20 million dollar fine.

While a left-field relationship, one can’t say they aren’t committed to one another. Grimes has repeatedly stood up for her beau’s controversial business practices (despite them going against her own values), and obviously is actively taking part in Musk’s personal life and family affairs. Musk, meanwhile, has supported Grimes’ intended speed-of-light name change and supposedly tweeted about selling $420 Tesla stocks as a funny weed joke for the Art Angels artist.