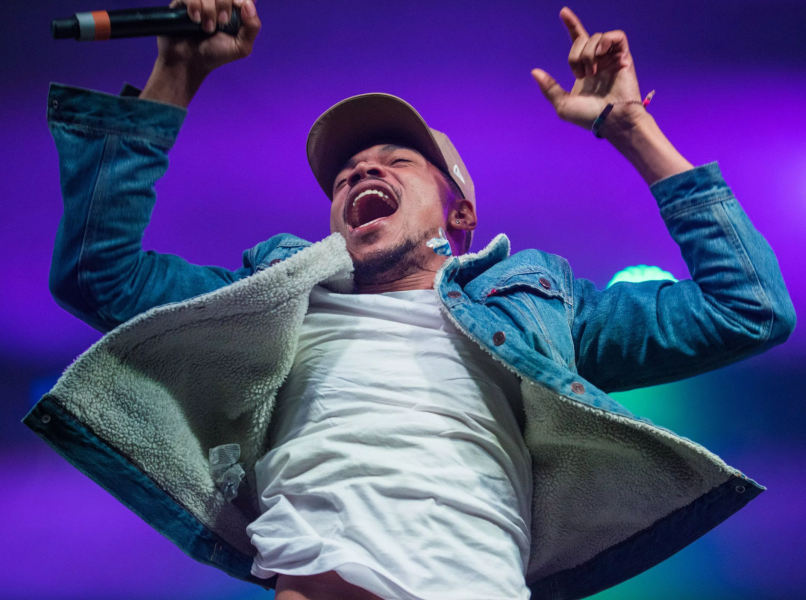 Ahead of the February 2019 election, Chance and Enyia will team up for a massive voter registration campaign. (As Chance pointed out, voter turnout for mayoral elections is around 30%.) Chance also said he’ll campaign alongside Enyia and remarked, “I want to say narcissistically: If I back you, you have a chance.”

Chance said he has yet to financially support Enyia, but wouldn’t rule it out: “I have a lot of money,” he told reporters.

Enyia, 31, is a community activist, organizer, and lawyer, who currently serves as director of the Austin Chamber of Commerce.

Ever since Chicago’s current mayor, Rahm Emanuel, announced he would not be seeking reelection, Chance has been buoyed about as a possible replacement. Despite his success as a recording artist, the Chicago native has kept the Second City as one of his main prerogatives. He’s launched a number of creative endeavors and humanitarian campaigns tied to the city, including his Social Works charity, which has raised millions of dollars for Chicago Public Schools and Chicago mental health services. He also recently saved local news publication the Chicagoist from extinction.

Still, it’s hard to fathom the 25-year-old Chance putting his career on hold for a four-year-long mayoral term. Our guess is he’ll instead endorse a worthwhile candidate to run in the February 2019 election.

Either way, we’ll find out tomorrow.