In support of their new album, Iridescence 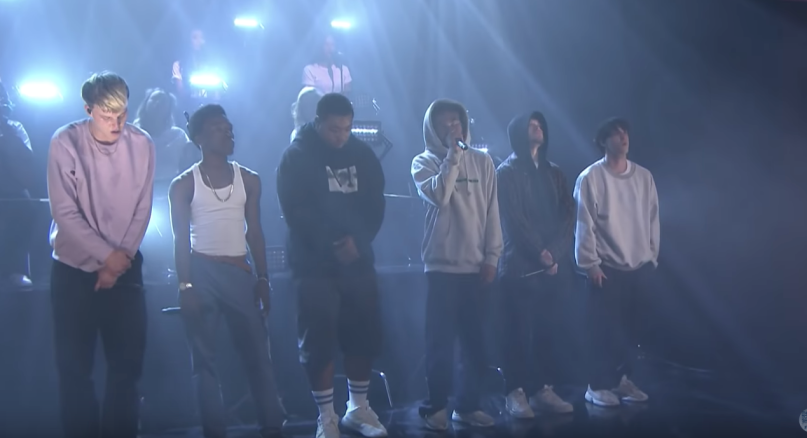 Nearly a month to the day of releasing their latest gem, Iridescence, hip-hop boyband BROCKHAMPTON visited The Tonight Show for a performance in support of the album. Kevin Abstract led his crew in a high-energy rendition of “DISTRICT” with accompamient from a string section. Catch the replay below.

BROKCHMAPTON previously appeared on The Tonight Show in June, where they debuted the Iridescence track “Tonya”. Currently, the boyband is amidst its “I’ll Be There” North American tour, which runs through early December (grab tickets here).