Plus, they go full boy band for a performance of Iridescence single "San Marcos" 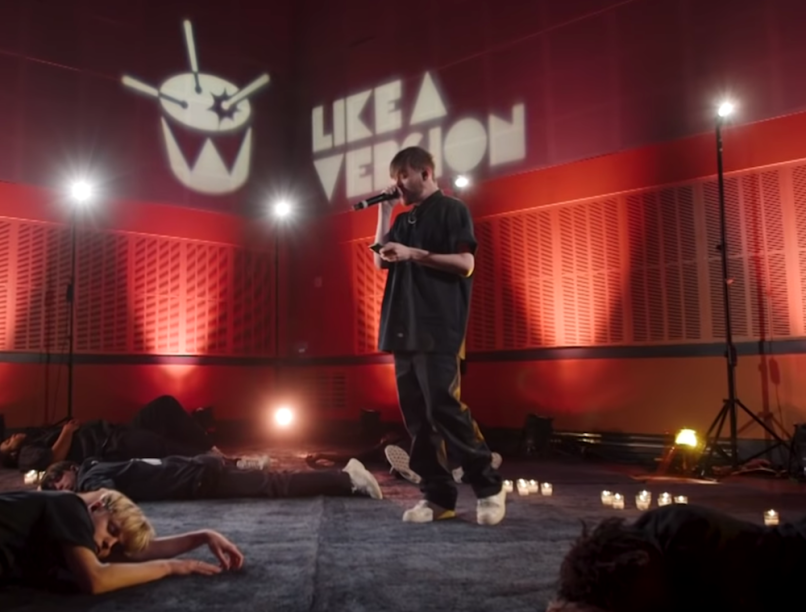 BROCKHAMPTON, our 2017 Rookie of the Year, recently filmed a new session for triple j’s Like a Version cover series. Rather than go the expected rap route, however, they opted to take on a mellow R&B hit from one of the genre’s greatest singers.

The Texas-bred boyband selected “Un-thinkable (I’m Ready)”, Alicia Keys’ 2009 Element of Freedom single which originally featured Drake on background vocals and OVO producer Noah “40” Shebib behind the boards. As the track’s an intimate affair, BROCKHAMPTON dimmed the studio lights, lit up a few candles, and relegated the smoldering vocals to the group’s Bearface as the other members lounged about motionless.

The minimalist theme continued on later, when BROCKHAMPTON performed their own “San Marcos” track while seated in a circle (so boy-band) and accompanied by strings. The song is taken from their stellar new album, Iridescence.

Catch both performances below.

To promote Iridescence, BROCKHAMPTON are currently touring North America on their “I’ll Be There” trek.