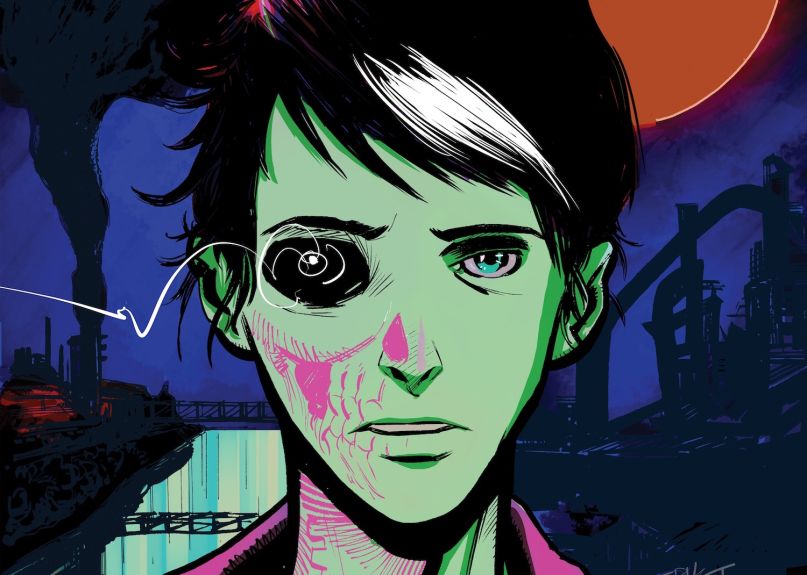 Andy Biersack has kept busy this year with his band Black Veil Brides and their latest album, Vale. But come next year, Biersack will put his energy into his Andy Black solo project, with plans to release a new album, along with a new graphic novel, both named The Ghost of Ohio. Now, Biersack has officially unveiled the cover artwork for the novel, which was designed by Eryck Donovan (Batman).

The story of The Ghost of Ohio is based on an original idea from Biersack and the creative team of Z2 Comics — Josh Frankel and Sridhar Reddy. Biersack also worked with writer Scott Tuft (Swamp Thing, Severed) on the novel.

“I am so excited to finally be able to share the news about The Ghost of Ohio graphic novel and upcoming solo record of the same name and inspired by the comic book story,” Biersack said in a statement. “The truth is that I would never have discovered my love of rock music without my passion for comic books and characters like Batman and Spawn, which ultimately led me to larger than life bands like KISS and The Misfits.”

He added, “To be able to combine my love of the graphic novel medium with a concept record is a dream come true and something I have wanted to do for many years. Working with the Z2 Comics team and alongside Scott Tuft and Eryk Donovan to bring this dream to reality has been an incredible process.”

Biersack describes the storyline of The Ghost of Ohio, as follows: “The story takes place in southwestern Ohio and spans across historical eras from the 1800s to modern day. The Ghost of Ohio is a tale of loneliness, redemption and strength and I hope both the album and book capture that tone while giving people some fun entertainment to escape into!”

Pre-order details will be announced shortly. For more information, head to z2comics.com.