Album of the Week: Greta Van Fleet Refuse to Shake Off History on Anthem of the Peaceful Army

The throwback rockers can resurrect the sounds of the past, but what about the future? 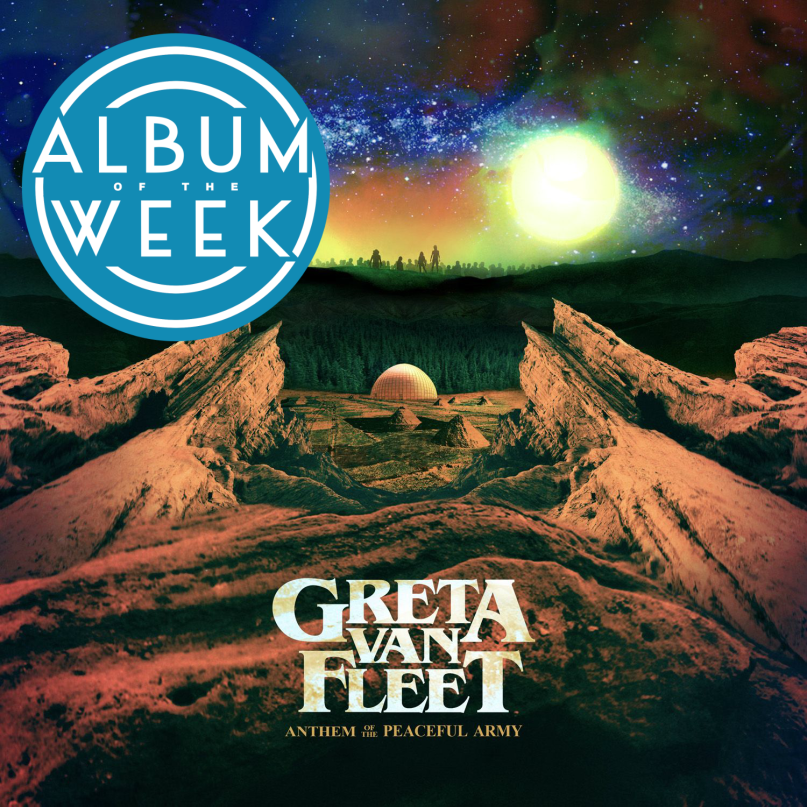 The Lowdown: In the midst of a grueling 2018 tour schedule that’s found them wowing audiences on club and festival stages across North America and Europe, the classic rock torchbearers of Greta Van Fleet attempt to translate the buzzed-about bombast of their live shows into their debut full-length (75% of which was written during a whirlwind two-week stint in the studio).

The Good: Despite their weariness of the comparison, Greta Van Fleet remains preternaturally good at evoking the sonic world of the Zeppelin-ified ’70s; even without guitarist Jake Kiszka’s expertly bluesy solo work, frontman Josh Kiszka’s voice would naturally lead you to the conclusion that he’s somehow been pre-possessed by the ghost of Robert Plant.

From the vintage drug name-drops of “When the Curtain Falls” (what up, Obetrol?) to the Southern rock choogle of “The Cold Wind”, the best of these songs would slot in seamlessly on period piece soundtracks (think back — you first heard “Age of Man” over a road trip montage in Almost Famous, right?) The vibe coalesces strongest on standout “Lover, Leaver (Taker, Believer)”, a charging, jammy anthem with lyrics that feel like they were written in the margins of a first-edition Monster Manual.

The Bad: After a mauler of a first side, Anthem of the Peaceful Army fades sharply on the back half; twanged-up tracks like “The New Day” and “Mountain of the Sun” land with all the energy of a H.O.R.D.E. tour side stage act, and, despite flashes of flourish, the rhythm section of bassist Sam Kiszka and drummer Danny Wagner never manage to command a song in the way in which it feels like they’re capable.

On a macro level, the record suffers from a serious case of pastiche fatigue; you have to wonder, if delivered by a singer whose voice didn’t resemble one of rock’s most iconic frontman’s, whether some of the material here would be original enough to hold up under its own weight. That fixation on the past also hobbles some of the lyrics; for every wicked wizard rock callback, the band conjures another retrograde clanger — the tired “evil woman” tropes of “You’re the One”, the naive bothsidesism of “Anthem” — that’s best left where they found it.

The Verdict: “Classic rock” is classic for a reason, but in 2018, it’s not quite enough to simply present a convincing simulacrum of your parents’ record collections. On their debut, Greta Van Fleet proves their ability to resurrect the sounds of the past, but not necessarily that they’re ready to make those sounds into something they truly own. Gifted with youth, taste, and undeniable natural talents (just ask anyone who’s seen them live), the band still has time to become the saviors of rock and roll that many want them to be. For now, though, they remain overly devoted disciples.