Mitski, boygenius, and Interpol also made huge waves in August 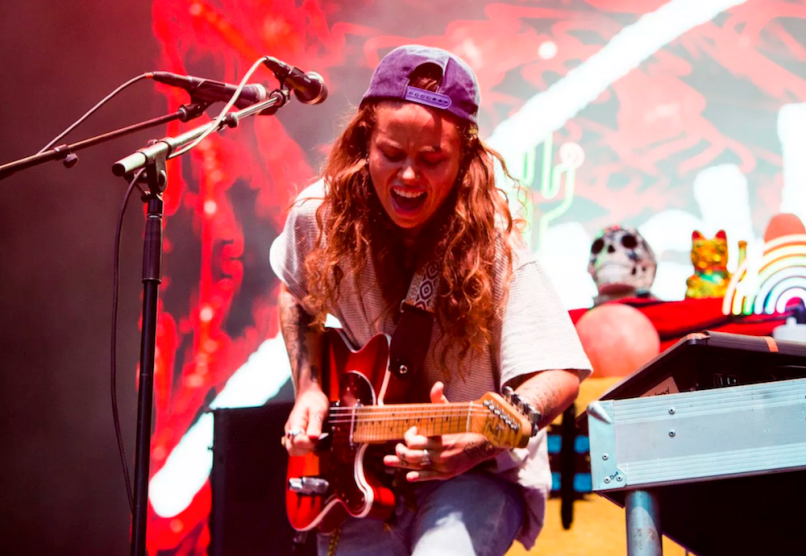 Tash Sultana, photo by Caroline Daniel
view all
Next

August spoiled the ear with an array of new songs that all embodied degrees of pure volcanism. Whether it be through a slicing guitar solo, emotional lyrics, creative concepts, or pure swagger, August’s musical offerings erupted with their own artistic phenomena, expelling it into iTunes libraries, Spotify playlists, record stores, and a special place within each listener. While the tracks featured here are certainly sonically diverse, they are all united by one fundamental similarity: they wield an insatiable sense of power in their own right.

For anyone who’s ever danced alone in their room to Robyn’s incredibly catchy voice, it’s your lucky day. In early August, the Swedish singer-songwriter and club music icon released her first song in eight long years, “Missing U”. And boy, the tune does not disappoint. Similar to Robyn’s past material, “Missing U” combines the singer’s fairy-like vocals with moving and danceable beats. It’s the kind of song that you can both dance and cry to — something Robyn has perfected over almost two decades of making music. She consistently manages to capture every possible emotion into every one of her songs, and “Missing U” is no exception. –Clara Scott

Oozing sonic charm, Gold Star’s “Dani’s in Love” infuses delight and buoyancy into the modern love song. It overflows with an effortlessly authentic sense of sweetness, and that’s largely due to the reality behind the track. The “Dani” in question is the real-life girlfriend of Gold Star’s Marlon Rabenreither, and the song tells the tale of a period in their relationship (one that did, as the lyrics suggest, actually include Dani saving Rabenreither’s life). “Dani’s in Love” will be included on Gold Star’s forthcoming album, Uppers and Downers, which is set for a September 7th release. If the track is symbolic of what listeners can expect from the record, it’ll be a batch of songs that will certainly not be easy to shake from memory. –Lindsay Teske

Sweet and hard-edged, soft but building, “5 Dollars” is a crusade for empowerment. Each time Héloïse Letissier sings out, “Eager and unashamed,” the song climbs a little, heaping more and more meaning and significance onto the phrase “five dollars” until the end, when the phrase reaches its apex as a vehicle for power and vindication. Christine and the Queens validates her listeners, asserting, “Some of us had to fight/ For even being looked at right.” “5 Dollars” couples scintillating synthpop with Letissier’s wide-ranging vocal talent, for a grand total of high, sweeping promise. –Laura Dzubay

Tattooed with sharp guitar riffs and a dangerous sense of mysticism, “The Rover” easily earns a place as one of the more striking tracks on Interpol’s latest record, Marauder. As detailed by frontman Paul Banks, “The Rover” tells the tale of a ebullient cult leader whose allure toes the fragile line between precariousness and promise. Throughout the track, Interpol musically embodies the complexities of such a character with ease, embedding a deep-seated grit amidst the melodism. The concept behind the track is so clearly conveyed that it makes “The Rover” a feat of inherent creative sophistication. –Lindsay Teske