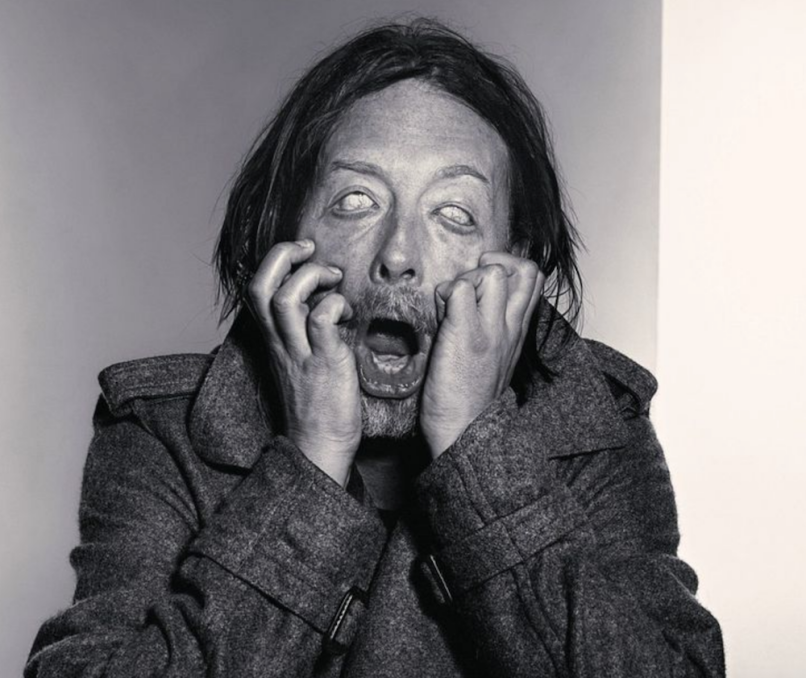 Thom Yorke composed his first-ever film score for Luca Guadagnino’s remake of Suspiria. Following the film’s theatrical premiere at the Venice Film Festival this past weekend, XL Recordings has confirmed release details for Yorke’s soundtrack, which will see release on October 26th.

Suspiria consists of 25 original compositions written by Yorke, a mix of instrumentals, interstitial pieces and interludes, and more traditional song structures. The soundtrack was written and arranged by Yorke, recorded and produced by Yorke and Sam Petts-Davies, and features contributions from the London Contemporary Orchestra and Choir, flutist Pasha Mansurov, and Yorke’s own son, Noah, who plays drums on two tracks.

Below, you can stream “Suspirium”, the soundtrack’s first single featuring the melodic theme that recurs throughout the film and its score.

Speaking at the Venice Film Festival over the weekend, Yorke Yorke admitted that it took “few months to even contemplate the idea” of scoring Suspiria and living up to Goblin’s original iconic soundtrack. “When they first came to see me, the producers and [editor] Walter [Fasano], I just thought they were mad, because I’ve never done a soundtrack before. And Suspiria is one of those legendary soundtracks.”

“It was one of those moments in your life where you want to run away but you know you’ll regret it if you do,” Yorke added. “I watched the original film several times, and I loved it because it was of that time, an incredibly intense soundtrack. Obviously Goblin and [director] Dario [Argento] worked incredibly closely when they did it together.”

Once he began working on the score, Yorke likened the process to “making spells.” He elaborated: “I know it sounds really stupid, but that’s how I was thinking about it. It was a sort of freedom I’ve not had before. I’ve not worked in the format of song arrangement. I’m just exploring.”

In addition to Goblin’s original score for Suspiria, Yorke said he took inspiration from Krautrock and 70’s-era Berlin. “It was just a really cool way to totally immerse myself in an area I wouldn’t normally go with full permission,” he added.

Yorke’s Suspiria will be available across digital platforms, as well as a 2-LP gatefold package pink vinyl and 2-CD set. Pre-orders are ongoing here.

Suspiria premieres in theaters in Los Angeles and New York on October 26th before opening wide on November 2nd.

Side C
01. Volk
02. The Universe is Indifferent
03. The Balance of Things
04. A Soft Hand Across your Face
05. Suspirium Finale