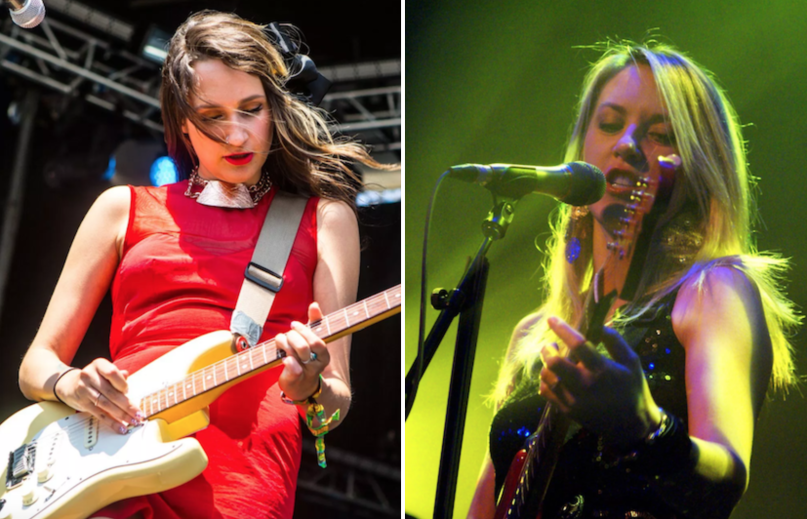 Tomorrow, Speedy Ortiz will fulfill a lifelong dream by heading out on tour with one of their musical heroes, Liz Phair. In anticipation, the indie rockers have shared a cover of the alternative icon’s “Blood Keeper”.

The track choice may seem somewhat mysterious even to Phair diehards. “Blood Keeper” was never actually released, surviving as a bootlegged outtake from 1998’s Whitechocolatespaceegg. As Speedy Ortiz’s Sadie Dupuis pointed out in a press release, about all that’s really known of the song is that it was submitted and rejected for the Scream 2 soundtrack.

“As far as our choice of song, here’s the first DM I ever sent to Liz Phair: ‘thanks much for saying hi, it means a lot!! scream tv series made me remember ‘blood keeper.’ vague plans to record it gary numan style haha.’ I have kept in touch with my hero since then, and three years later, I’m so thankful we finally get to join her on tour.”

Take a listen to the cover below.

Speedy Ortiz’s “Blood Keeper” is being sold as a “name-your-price” purchase on Bandcamp. All proceeds will support the production and distribution of a how-to pocket guide called Making Spaces Safer, created by Shawna Potter of War on Women. “If every venue’s staff had access to it, bands would have stronger allies in keeping their fans happy and safe,” said Dupuis.

In related news, Dupuis has announced her first-ever full-length book of poetry, Mouthguard. The collection is due out November 1st via Gramma Press.

Below, revisit Dupuis appearance on Consequence of Sound’s This Must Be the Gig podcast.