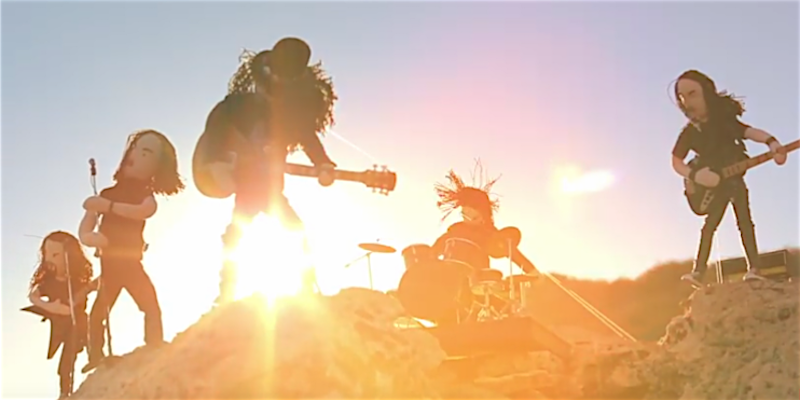 Having released their latest album, Living the Dream, this past Friday, Slash Ft. Myles Kennedy and The Conspirators have just unveiled a new live-action animated video for the disc’s first single, “Driving Rain” (watch below).

The clip features ragdoll puppet versions of the band members, as well as other puppet characters, with Slash explaining, “The idea behind doing an animated video for ‘Driving Rain’ is mostly due to the dark subject matter of the song influencing directors to come up with very dramatic, dark and sullen regular live action treatments that weren’t any fun at all (no offense to those guys). So, I wanted to create something that could be tongue-in-cheek and yet still be dark with live-action animation.”

He added, “We’re all big fans of [production studio] Stoopid Buddy and they came up with a great concept and treatment. We love the video and it came out f’n brilliant. FYI, no puppets were harmed during the making of this video.”

Slash Ft. Myles Kennedy and The Conspirators recently kicked off a North American tour, with dates scheduled through an October 16th show in Los Angeles. A full list of dates can be found at this location, while tickets can be purchased here.