"I'm just not ready to walk into the radio station and the first thing they ask me is 'So Mac Miller...'" 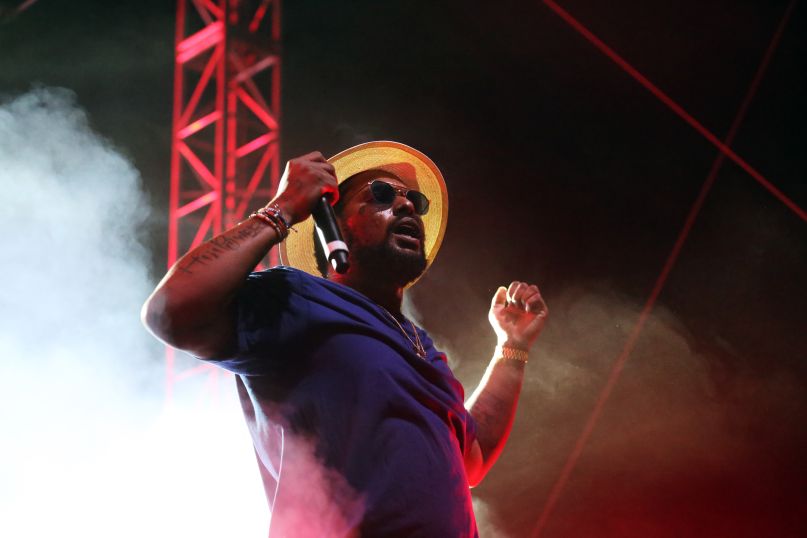 ScHoolboy Q is delaying the release of his new album following the death of his friend and collaborator, Mac Miller.

The Compton rapper had intended to release the follow-up to 2016’s Blank Face LP later this year. However, those plans have now changed, as he told fans attending his headlining performance at House of Vans Chicago on Friday night.

“With my n*gga gone right now, I just don’t feel right putting out an album,” ScHoolboy Q said. “As y’all can tell, I’m not my real self right now. I shouldn’t even be here right now. But like I said, my n*gga Mac would not want me to be in the house sad. He would clown me for some weird shit. I’m here today ’cause it’s no way he would allow me to sit in the house and be a little bitch. I’m not gon’ be a little bitch.”

“I’ma go back, and I’ma figure out when I’ma put this fucking album out, because y’all are going to get this album. I promise that. I’m just not ready to walk into the radio station and the first thing they ask me is ‘So Mac Miller…’ I’m not ready to deal with those questions. I’m not ready to put nothing out right now. I’m sorry.”

Miller and ScHoolboy Q collaborated on a handful of tracks, including “Planecarboat”, “Back Sellin’ Crack”, “Gees”, “Melt”, and “Friends”.