Plus, they dust off the Vitalogy B-Side "Out of My Mind" for the first time in nearly a decade 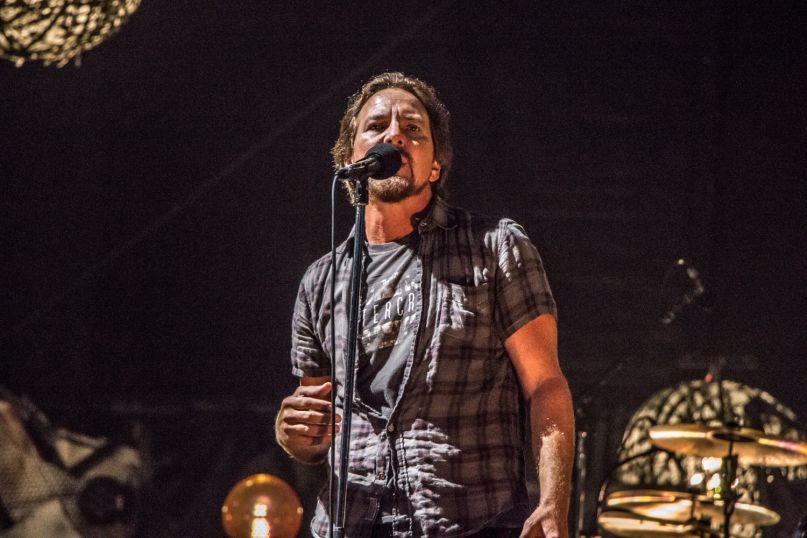 Pearl Jam hit Boston’s Fenway Park on Sunday night for their first of two “Away Shows” at the iconic baseball stadium. As they have during previous shows of their “Home x Away Tour” (see: The White Stripes’ “We’re Going to Be Friends”, David Bowie’s “Rebel Rebel”, and their own “Evil Little Goat”), Eddie Vedder and co. filled their set with surprise covers and rarities.

And during the second encore, Pearl Jam dusted off “Out of My Mind”, the 1995 Vitalogy B-side, for the first time in nine years. Prior to launching into the performance, Vedder searched for the song’s lyrics in his binder, but was unable to find them. “I don’t have the lyrics for this song, so I’m just gonna make it up and try my best,” he told the audience.

Pearl Jam return to the stage for a second show at Fenway Park on Tuesday night. After that, they plan to return to the studio to finally begin work on their next album.