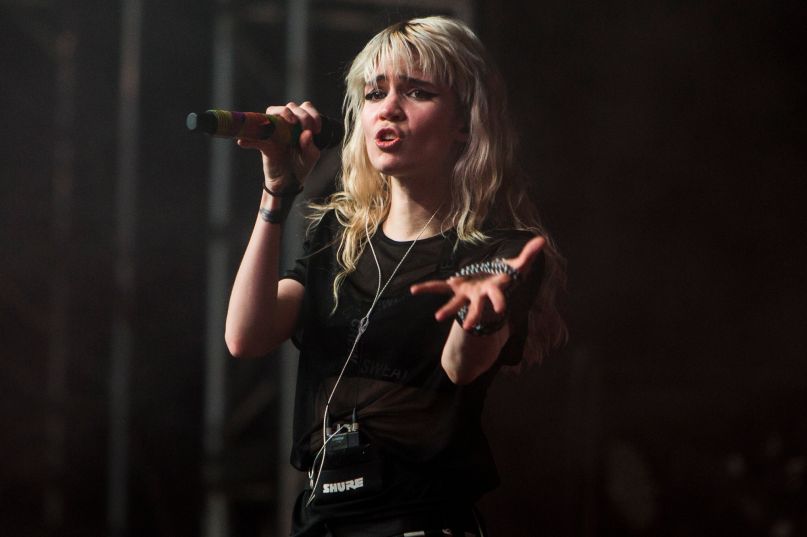 Grimes recently found herself caught in the middle of a fight between her former (?) boyfriend Elon Musk and rapper Azealia Banks, who shared some intimate and embarrassing details about the Tesla founder after spending a weekend at his house. Lest we forget that the reason Banks was there in the first place was because she had been invited by Grimes to collaborate on new music. The auteur pop star has several projects in the works, and though she and Banks never did record anything together, Grimes promised the imminent release of new music a few weeks back.

One such offering arrived today in the form of a theme song for the new animated Netflix series Hilda. Based on the comic book by Luke Pearson, the series follows a fearless blue-haired girl who travels from a wilderness full of elves and giants to a bustling city packed with new friends and mysterious creatures. Grimes’ theme soundtracks the opening credits, and you can hear it below.

Grimes’ last full-length album came back in 2015 with Art Angels.