Here’s Dr. Phil bellowing “Lifestyles Of the Rich and Famous” with Good Charlotte 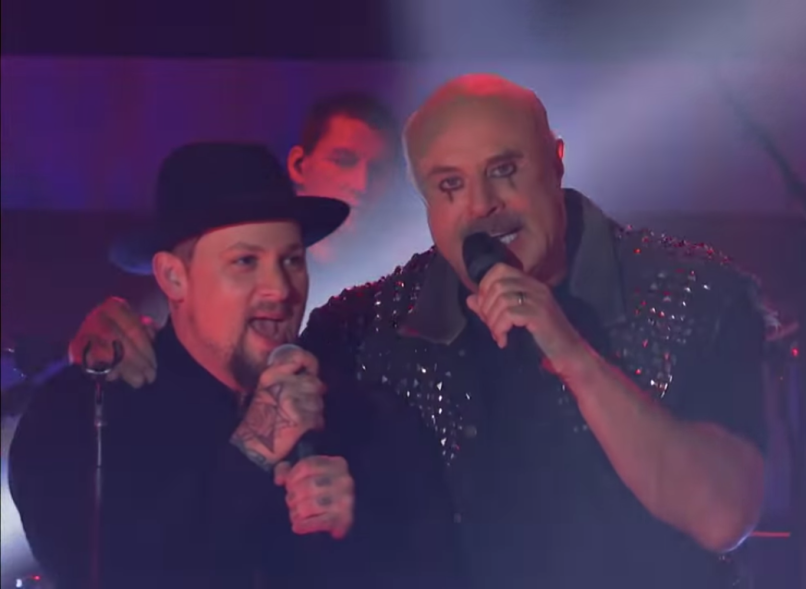 Good Charlotte, the tattooed pop-rockers behind songs like “Little Things” and “Girls & Boys”, appeared in a bizarre comedy sketch on The Late Late Show with James Corden with none other than daytime purveyor of pop psychology Dr. Phil. The sketch culminates with Dr. Phil, clad in leather, spikes, and makeup, (horribly) singing “Lifestyles of the Rich and Famous” with the band.

Watch the whole thing below, but do prepare yourself for the true horror that is Dr. Phil trying to sing a 16-year old pop-punk song.