The latest in the Foos endless supply of onstage antics 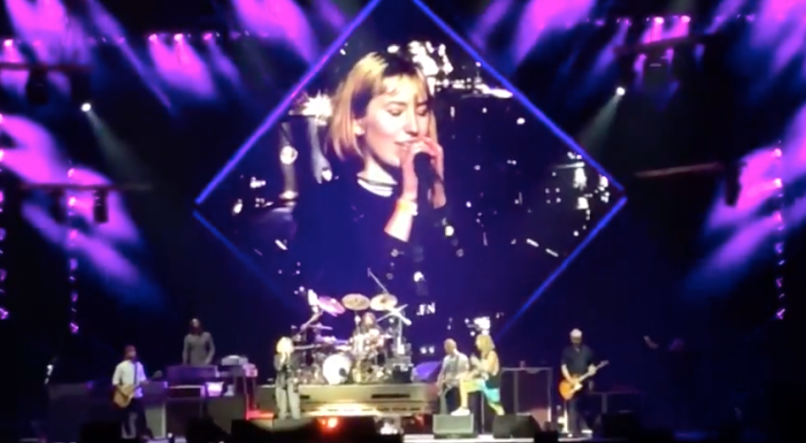 Foo Fighters performing "Under Pressure" with fans in Vancouver

Foo Fighters are well known for their onstage antics, whether that be recreating past pratfalls, Rickrolling the audience, or inviting John friggin’ Travolta onstage. Lately, they’ve been covering David Bowie and Queen’s “Under Pressure” with guest vocals from random audience members, and at their September 8th show in Vancouver—their first after a brief postponement—a 16-year old girl named Madi Duncan took the stage alongside Foo Fighters superfan Roxanne Engli.

Madi was noticed by Dave Grohl and Taylor Hawkins after they saw her holding a sign requesting a duet. Engli wasn’t initially invited, but her enthusiasm won over Hawkins, who proceeded to dance with her while also providing harmonies. Madi, meanwhile, didn’t disappoint; despite some mic issues, she delivered an energetic performance of the song and made a valiant effort at hitting those high notes. She wrote about her experience on Instagram (via Spin): “A lot of people are aware (or maybe not) of my struggles with mental illness and have been very supportive of me throughout it all, but something that you may not know is how much Foo Fighters helped my younger self during the worst time of my life.”

Watch a clip below, and check out the remainder of their current leg here.