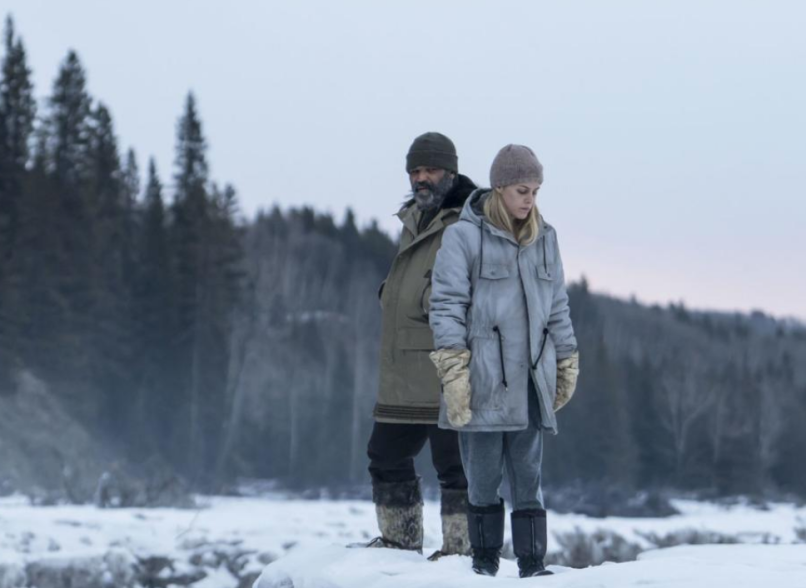 The Pitch: Based on William Giraldi’s 2014 novel of the same name, Hold the Dark involves a retired naturalist (Jeffrey Wright), a fractured mother (Riley Keough), a war-torn father (Alexander Skarsgård), a grizzled police chief (James Badge Dale), and a pack of (admittedly) pretty cute wolves, who are all wrapped up in a cerebral mystery that’s tearing apart a small Alaskan village. If that doesn’t get you howling, then think of it like White Fang meets The Revenant meets The Hurt Locker meets Insomnia. Better?

Gory Days: For over a decade now, director Jeremy Saulnier has carved out a specific niche for himself in that he’s capable of giving every moviegoer a genuine heart attack, urging everyone to leave theaters saying, “Fucking Christ, I need a drink.” He did it with 2007’s Murder Party. He did it with 2013’s Blue Ruin. And he really did it with 2015’s Green Room. This one? There are harrowing moments — from ghastly stabbings mid-rape to an outstanding gunfight involving a deranged father and nearly a dozen Alaskan cops — but they don’t register the same way.

That’s possibly because every character feels so disassociated from the others. All throughout Hold the Dark, each character has a subconscious notion of what one’s other motives may be, but it’s portrayed as so hush-hush and unfolds so naturally that there just isn’t much room for tension. Instead, it’s like walking into a room during a football game and having everyone scream and shout. Yeah, you’re going to jump, but you’re also going to step back for a second and ask why. That’s essentially the movie’s tension in a nutshell.

Hangry Like the Wolf: The problem is that Saulnier never fully commits to a tone. All too often it resorts to being a gritty thriller, when it really wants to be a cerebral fever dream. Rather than leaning either way, he tries to marry both sides, retaining his naturalistic tendencies while also wedging in an underlying mysticism involving wolves, The whole thing gets frozen in the process, leaving either side feeling unfulfilled or counterintuitive.

Complicating matters even more is the film’s pacing. Whereas Saulnier’s past efforts have worked like a Pixies song, going soft and loud and soft with ease, Hold the Dark seems to sprint between irritating crawls. When it’s slow, it’s truly stagnant, and when it’s loud, it’s much too fast. Much of this is due to the fact that the film has to commit to so much narrative, most of which feels tossed aside for the agreeably beautiful cinematography.

Wright and Wrong: Despite the fact that Wright and Skarsgård seem to come from two different movies, the HBO go-tos are compelling in their roles. Wright, especially, roams throughout the story with an assurance that always suggests he knows more than we do, and that winds up doing some of the heavy lifting for Macon Blair’s vacuous screenplay. The same could be said for Skarsgård, though his strengths lie more in stamina, his ability to haunt each scene with a prescence that’s not too dissimilar from Robert Patrick in Terminator 2: Judgment Day. Of course, we’d be remiss not to mention Dale, who’s arguably the most sympathetic character of the bunch, oozing with that small town charisma of a guy just trying to do right by his people.

Verdict: Hold the Dark is a disappointing followup for Saulnier. Whereas both Blue Ruin and Green Room exuded with the confidence of a filmmaker who’s always three steps ahead of his audience, this outing feels as if he’s out of step completely. This is hardly surprising, though. It’s the Big Swing every director attempts at some point in their career; Saulnier simply felt he could stand up to the plate. Swing and miss, sadly, but what a swing it is. Between its ensemble cast, sprawling landscapes, daring atmospheres, and cultish mythologies, Saulnier clearly went for something.

The problem is that something never adds up to much of anything. Even thematically, the whole picture feels all over the place, oscillating hazily between half-baked meditations on man vs. nature and unfinished portraits of family values. Even so, Saulnier’s scope and visual endurance is admirable, to say the least, and it’s clear that he could do something this brazen eventually with a much stronger script. As it stands, Hold the Dark depends solely on your willingness to draw conclusions from questions that aren’t fully given. Some might rather you Give the Light.

Where’s It Playing? Hold the Dark is currently available via Netflix.