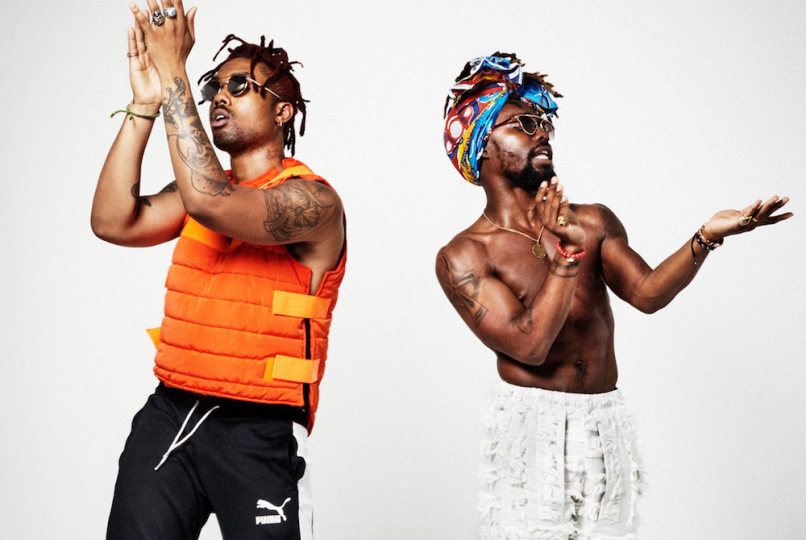 Former Artist of the Month EarthGang closed out their EP trilogy with February’s excellent Royalty. The Atlanta rap duo now has its sights set on a forthcoming debut album, Mirrorland, which is rumored to be out sometime before the end of 2018.

“We are taking you to a whole-new dimension of reality where gravity and time do not exist,” the J.Cole-approved two-piece previously told Consequence of Sound of Mirrorland. “Where colors change and all preconceived notions of rules, physics, and reality merge into one and explode to become something entirely different.”

As a preview of this new dimension of reality, EarthGang have gifted fans with a new song dubbed “Up”. Johnny Venus and WowGr8 (previously known as Doctur Dot) performed a live version of the track as part of their session for Colors studio, which just the other week helped birth Mick Jenkins and Kaytranada’s collaborative cut “What Am I To Do”.

Here, EarthGang trade verses about their newfound success and how they won’t allow the fame to distract them. “Okay look, paid dues, no more fake news/ I’ma do everything that they said that I can’t do,” WowGr8 says. “Baby I ain’t fooled by the filters or the angles/ You don’t know yourself, when you come into some wealth/ You the type to let it change you.”

Watch the session below.

As we await more info on Mirrorland, catch EarthGang live on J. Cole’s ongoing “Kill Our Demons” tour. They’re also due to perform at Cole’s inaugural Dreamville Festival, which goes down next week in North Carolina.