In 1993, Tony Scott and Quentin Tarantino defined a different kind of crime movie 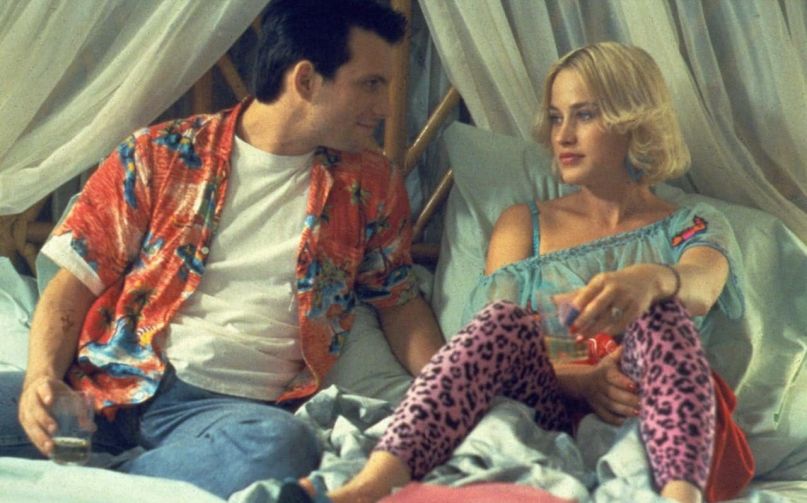 When True Romance was released in theaters 25 years ago this week, “a Tarantino movie” wasn’t something audiences and critics could rely on as shorthand. You say that now, and it evokes a very particular kind of image: dialogue packed with references to pop cultural arcana, brutal-yet-stylish violence with a particular emphasis on the body-ripping power of gunplay, powerful but distinctly sexualized women, and a cast assembled from beloved character actors from both the film’s production era and prior Hollywood epochs alike. The “Tarantino movie” is part of American culture now, a subgenre unto itself, often imitated and rarely duplicated well.

But let’s take a leap back to 1993 for a moment. (If you’re reading this and you say to yourself, “C’mon, that’s not that long ago,” both of my younger sisters weren’t born yet when True Romance was released in theaters. I know. Freaks me out, too.) Tony Scott is one of Hollywood’s hottest action directors, coming off the massive success of Days of Thunder and the more modest one of The Last Boy Scout. Quentin Tarantino has just released Reservoir Dogs, and he’s shopping scripts around while riding the success of that film to work on his next feature, this weird thing where John Travolta is one of the leads. Christian Slater is a movie star, albeit one aging out of some of the boyish Jack Nicholson performances on which he made his name. Hans Zimmer is scoring Cool Runnings in the same year. It’s a different time.

Scott latched onto a script by Tarantino, an inversion of so many old Hollywood stories about a boy and a girl, both from the wrong side of the tracks, who fall in love and run off together with trouble following close behind. By Tarantino’s standards, it’s a fairly autobiographical piece, or at least it’s the Tarantino fantasy version of autobiographical: a mild-mannered comic book salesman meets cute with a gorgeous blonde call girl at a Sonny Chiba triple feature in Detroit. He slays her pimp (rastafarian Gary Oldman, making a meal out of every brief minute he enjoys onscreen) and steals a massive haul of cocaine, and together they jump in a pink Cadillac bound for Los Angeles with dreams of a better life ahead of them. For a certain generation of pop culture geek, one whose fantasies and creations alike were so often influenced by the suave antiheroes of yore, this was the ultimate daydream.

It goes without saying that True Romance is a distinctly male movie; Tarantino’s influence over residents of dorm rooms, then and now, is well-trod territory. But what sets Scott’s film apart from so many stylized action flicks of the era is the genuine sweetness at its core, one which its director often only understood in the broadest terms and its writer abandoned not long after this. Clarence (Slater) and Alabama (Patricia Arquette) might be types, inventions of a fevered ’90s screenwriter, but the duo imbue them with a genuine soul that carries through the film’s occasionally clunky dialogue. So many movies of this style would abandon sentiment before long, careening into bloody nihilism while mostly being pretty bad at it, but for all of the Mexican stand-offs and verbose sparring sessions that characterize so much of True Romance, what lingers most is the genuine desire its leads exude.

That sweetness is sustained across the board, from the oddball performances to Zimmer’s “You’re So Cool”, the glockenspiel-forward main theme that pops up at moments both touching and brutal. That jaunty tune is just one of several winking contradictions throughout True Romance, starting with its first appearance over a hopelessly gray, run-down Detroit when the film begins. The neon-blue opening titles and the quick, nerdy repartee both situate this as a hilariously ’90s American movie, but like so many Tarantino stories, it exists outside of time, in a pastiche era built from the past and present and knowing future alike. Movies like this aren’t made anymore, in no small part because of just how bad the imitators eventually became, but True Romance is for the most part a delightful relic of its era.

Except when it isn’t, anyway. Tarantino’s ongoing love affairs with the n-word and quirky ironic racism at large crop up throughout the film, and that’s to say nothing of the extended juxtaposition between Clarence ordering cheeseburgers and Alabama being violently abused by a terrifying, baby-faced James Gandolfini. True Romance is a relic of its time in every way, down to the then-tendency to indulge in just about any warped impulse under the auspices of shocking art, and age has certainly been unkind in at least that respect. Yet, it’s that ironic note of bouncing tone that sustains it through its sicker moments, as well as a handful of stunning one-off sequences that utterly command the senses. Clarence and Alabama fall in love on a shaky rooftop billboard in the middle of winter. Dennis Hopper, as Clarence’s father, smokes his last cigarette while dressing down Christopher Walken‘s mob heavy. Scott stages a coke deal on a roller coaster and shoots it with all the noise and bombast of Top Gun. The moments work, even when the whole falters on occasion.

True Romance is the hedonistic excess of the ’90s indie filmmaking wave made manifest in a single place. There’s no idea too superfluous to cut, whether it’s Val Kilmer playing a hallucinatory Elvis or an entire scene in which Brad Pitt‘s stoner roommate stages a riff on “Who’s on First?” at gunpoint. It’s a film from a brief, wonderful era when studio movies would go off on any strange tangent they wanted, and audiences were willing to roll along with it. It’s not perfect, and none of those movies were, and there’s at least a little bit of truth to the idea that anybody who’d call a movie like True Romance their favorite movie just hasn’t seen enough movies yet. But its heart is true, and it’s true enough that if it were to be called somebody’s favorite movie, at least you can see why.