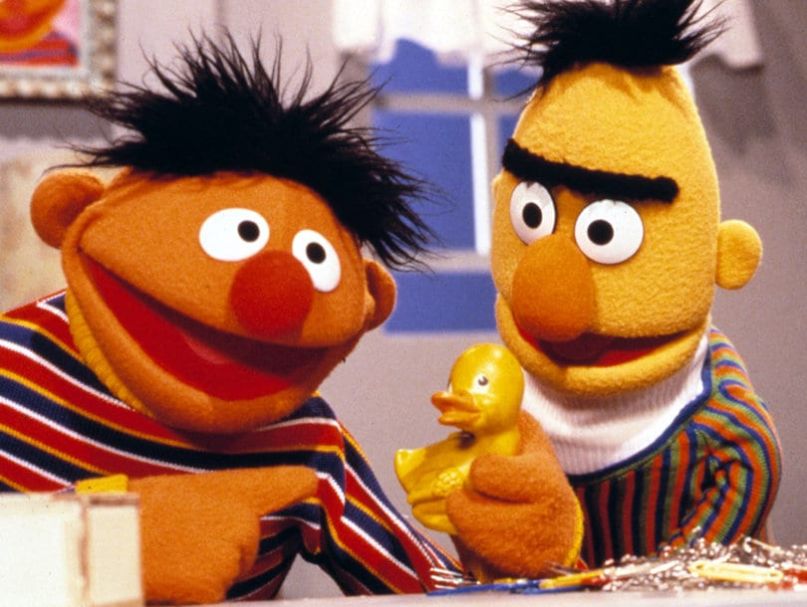 There’s this weird serendipity I sometimes experience as a TV critic. Sometimes Twitter, Facebook, Reddit — the modern beacons of our collective outrage — claw their fangs into some unexpecting topic, and I tab back to my other tab and realize an upcoming TV show is about to cover this exact thing, although they must have been in productions months or even a year before. It happened when news broke that Louis C.K. apparently was a total creep prone to masturbating in front of colleagues. I gawked at a second-season episode of One Mississippi, a show Louis C.K. executive produced, when a female radio producer (played by Stephanie Allynne) is subjected to exactly the same kind of conduct Louis C.K. was now accused of. Creator and star Tig Notaro had no quibble calling it as it is. But would we have paid enough attention to that episode without the concurrent #MeToo movement?

I don’t know. But when this sort of cinematic foresight happens, it always seems to validate in my mind that hey, this is a thing that’s really happening. We’re not just being reactionary snowflakes as many an angry tweeter may claim.

And here we are again. On Tuesday, Twitter was ablaze after long-time Sesame Street writer Mark Saltzman told Queerty that he, personally, always wrote Bert and Ernie as if they were gay. Saltzman is a gay man himself and used his own relationship with acclaimed editor Arnold Glassman as inspiration. Cool. We all pretty much already knew this. The New Yorker ran a cover in 2013 with Bert and Ernie embracing on a sofa as the US Supreme Court decision making gay marriage the law of the land is announced on the television.

But taking a page from Donald Trump, whose personal brand on Twitter seems to be taking a small thing and turning it into a big thing, Bert and Ernie creator Frank Oz entered the conversation, clarifying: “It seems Mr. Mark Saltzman was asked if Bert & Ernie are gay. It’s fine that he feels they are. They’re not, of course. But why that question? Does it really matter? Why the need to define people as only gay? There’s much more to a human being than just straightness or gayness.”

It seems Mr. Mark Saltzman was asked if Bert & Ernie are gay. It's fine that he feels they are. They're not, of course. But why that question? Does it really matter? Why the need to define people as only gay? There's much more to a human being than just straightness or gayness.

His response is unsatisfying for many reasons, but mostly because it’s so clichéd by now. It’s the same response we get when Colin Kaepernick gets sponsored by Nike: Why make this about race at all — let’s just enjoy the game! It’s the same response we get when young people begin embracing emergent sexual identities. A teenager claims to be non-binary on Twitter, and a whole storm of people exhaustedly ask why we need labels at all. There’s a toxic resistance to engaging with why people feel inspired when they finally have a name for their sexuality, when Colin Kaepernick speaks for the black community, or when a puppet they’ve loved since childhood turns out to be gay. “We’re all equal, so why give labels?” is such a lazy response. And worse still, it’s a disingenuous response. After all, the reason there’s resistance to these conversations is because we aren’t yet all equal.

Incidentally, while Mark Saltzman and Frank Oz were becoming entwined in this gay-puppet dispute, I was watching a fictional pairing have a similar discussion. Showtime premiered a new 30-minute dramedy called Kidding on Sept. 9th. It stars Jim Carrey as Jeff Pickles, a Mr. Rogers-esque host of the daytime children’s show Puppet Time with Mr. Pickles. Jeff’s teenage son died a year ago, and still wading through his grief, he begins questioning the platitudinal way the show discusses topics it’s uncomfortable with, if it discusses these topics at all. There’s a striking and totally relevant scene at the end of episode 2, which aired Sept. 16th, where Jeff argues with his producer/father Sebastian (played by Frank Langella) about one-such taboo topic:

Sebastian: Alright, stop. Why do you keep doing that? Stop.
Jeff: Stop what?
Sebastian: You keep calling Astronotter a she. Last I checked, he was a he-otter.
Jeff: He was a he. Now she’s a she.
Sebastian: He’s been a he for 20 years. You don’t just wake up one day and call him a she.
Jeff: It happens every day. It’s happening to children all over the world. It’s called gender fluidity.

Gender fluidity is not really feeling like you’re at one end of the spectrum or the other. For the most part, I definitely don’t identify as any gender. I’m not a guy; I don’t really feel like a woman, but obviously I was born one. So, I’m somewhere in the middle, which – in my perfect imagination – is like having the best of both sexes. I have a lot of characteristics that would normally be present in a guy and then less that would be present in a woman. But then sometimes I’ll put on a skirt – like today.

Realistically, most adults — even most millennials — might be hard-pressed to explain gender fluidity, so maybe a show with a preschool demographic, like the fictional Puppet Time with Mr. Pickles, doesn’t need to be our definitive guide on the topic, but would it be truly harmful if Astronotter became a she? Maybe small acts of acceptance like the one Mr. Pickles suggests (which, by the way, gets denied in a very Frank Oz-like fashion), would help tear down the resistance audiences feel when they are old enough to discuss a topic. I remember being around six and tattling to my mom that my friend Rose told me women could marry other women. I wanted my mom to validate that I was very right, and Rose was very, very wrong. But my mom explained to me that women could be with other women. She didn’t go into the whole technicalities of civil unions versus actual legalized marriage, but she didn’t have to. That was enough to open my mind up for literally the rest of my elementary and middle-school education.

Part of the problem I think Kidding’s Sebastian Picarillo and real-life Frank Oz have, I think, is an instinct that permeates every corner of conservative parenting strategy. If we talk about something — if we even mention it — our kids are bound to get ensnared in the thing. The instinct comes from a good place, but as we’ve learned over and over and over again, for instance, abstinence education just doesn’t work. As much as us thinkpiece-reader-and-writer types may eschew reality television, one of many factors in the recent decrease in teen pregnancy, studies show, was initiated by whatever sex education is to be gleaned from MTV’s popular Teen Mom franchise. Education is everything.

So to answer Frank Oz’s tweet, “But why that question?” I’d like to propose, because good can come from it. Good can come from Bert and Ernie being gay. And good can come from Astronotter being gender fluid. Not only does it validate the experience of viewers with similar orientations, but c’mon guys, isn’t it better if the messaging kids get is informed, rather than from other sixth graders? I know there is also a fear such messaging is bound to be hyper-liberalized, but that doesn’t have to be the case.

Author Linda Kay Klein released her part-memoir, part investigative-journalism book Pure: Inside the Evangelical Movement That Shamed a Generation of Young Women and How I Broke Free on Sept. 4th. Despite the book’s many criticisms of the evangelical purity messaging that traumatized many young women in the late ‘90s to early ‘00s (it turns out that it’s kind of hard to be constantly told if you have sex, you’re a slut), she still considers herself a Christian, and it seems her message is to promote healthier sex education, not just to blast conservatism outright. Although I’m not conservative or Christian myself, I was intrigued by a section of her book where she talks about an initiative starting in some more progressive churches (think the ones helmed by female pastors) that use the Our Whole Lives curriculum to teach their youth groups about sex. I went on their website and was pleasantly surprised to see they literally have sections on topics like gender and consent. Hell, we’re lucky to get this at secular high schools.

Klein’s book is worth a read because most of it is focused on the alternative — the repercussions of what happens when we’re scared to talk about sex. Women she spoke too often experienced severe anxiety attacks during their first sexual encounters. Here’s one such example, a conversation between a young woman and the author:

I ran completely naked through this guy’s apartment to the shower, and that’s the first time I looked down at my vagina and I was like…” Scarlet breathed in abruptly. “I gasped. I’ve never gasped before in my life. It was like…” She cupped her palms and held them, face up, side by side, the edges of her pinkies touching. “That large? Are you kidding me? How is that possible?” I asked.

She believes her anxiety around sex caused a physical response: flushed skin, ringing in her ears, and swollen genitalia. The woman’s partner rushed her to the E.R. While her case is extreme, many other women in the book had strikingly severe anxiety attacks during their first encounters, too. People need to know having sex is normal, so their brain doesn’t backfire on them when they do. People need to know that homosexuality is normal, so when they encounter a gay kid in school, they don’t become an insufferable bully. People need to know gender fluidity is a thing, so when a teenager is exploring their sexual identity, they don’t feel completely rejected by the world before even having a chance to explore it.

We’re just beginning to understand the mental and physical toll that happens when we decide not to discuss sex, sexuality, gender, and other traditionally taboo topics. Maybe it’s not Sesame Street’s role to explain wet dreams and masturbation — items more appropriate for preteen audiences — but the brand has so much power, if it wants to embrace it, in reducing children’s mental resistance to such subjects in the future. It can do that by introducing elements as perfectly natural — elements like a gay puppet partnership, made up of a tall, yellow guy who is a little OCD and a more free-spirited orange guy that likes to make us laugh. We don’t have to explain everything now, but we shouldn’t actively remove the existence of such things. For a show that was progressive on so many things, in particular race, would it be so much to do, to say, “Y’know, when I conceived these two puppets in 1969, they weren’t gay … but maybe they are now.” After all, as Jeff Pickles tells his resistant producer-father, “It happens every day.”