Reynolds passed away Thursday from a heart attack

by Alex Young and Ben Kaye 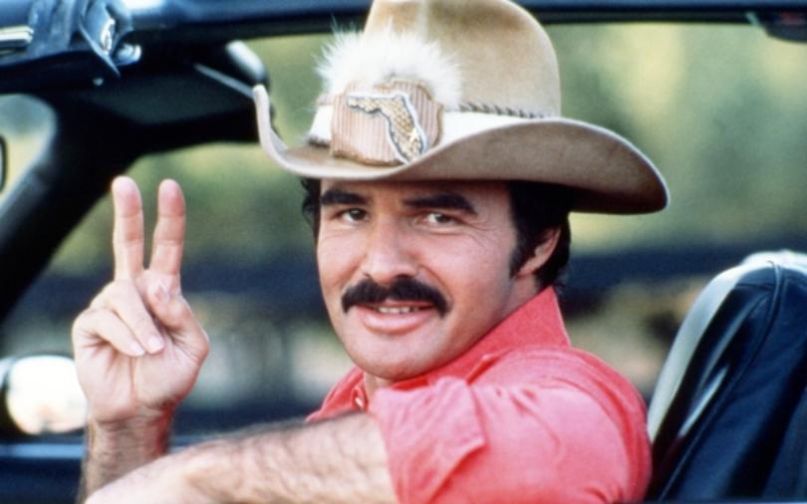 Burt Reynolds, star of films like Boogie Nights, Deliverance, and Smokey and The Bandit, has died at the age of 82, according to The Hollywood Reporter.

TMZ reports that Reynolds suffered a heart attack and passed away at a Florida hospital on Thursday.

Born in Waycross, Georgia in 1936 and raised in Palm Beach County, Florida, Reynolds entered college with an eye on a football career. After suffering a knee injury his sophomore year at Florida State, however, his path shifted toward acting. He eventually found his way to the Hyde Park Playhouse in New York, where he roomed with Rip Torn and studied at the Actors Studio.

Reynolds’ first recurring role was as wheelman Ben Frazer on the NBC Western Riverboat in 1959. His feature length debut was in 1961’s Angel Baby alongside George Hamilton and Mercedes McCambridge. He appeared in a number of TV series and films throughout the ’60s, including as the title role in Navajo Joe; playing Detective John Hawk on the short-lived ABC show Hawk; and starring as the title character in Dan August, another short-lived cop show.

It was his portrayal of Lewis in John Boorman’s 1972 Deliverance that launched Reynolds towards stardom and became one of his defining roles. “If I had to put only one of my movies in a time capsule, it would be Deliverance,” Reynolds wrote in his 2015 memoir, But Enough About Me. “I don’t know if it’s the best acting I’ve done, but it’s the best movie I’ve ever been in. It proved I could act, not only to the public but me.”

Even so, the famously hirsute actor preferred to take roles in playful films over serious pictures, specifically action-comedies. There was his Gator McKlusky series (White Lightning and Gator); The Longest Yard; Hooper (directed by Reynolds’ longtime friend and stunt double, Hal Needham); the iconic Smokey and The Bandit series (the first two of which were again written and directed by Needham); and The Cannonball Run films. Many of those movies were part of a five-year run of box office dominance by Reynolds; he had the top grossing movie of every year from 1978 to 1982.

Rather infamously, he turned down a number of roles that became high-watermarks in other actors’ careers. He passed on playing Han Solo in the first Star Wars; John McClane in Die Hard; and Barrett Breedlove in Terms of Endearment, parts that eventually went to Harrison Ford, Bruce Willis, and an Academy Award-winning Jack Nicholson. He reportedly also passed on another Oscar-winning Nicholson turn, that of R.P. McMurphy in One Flew Over the Cuckoo’s Nest. Reynolds also said he “backed away” from the 1960s’ Batman TV series and gave up the male lead in Pretty Woman to Richard Gere.

“I didn’t open myself to new writers or risky parts because I wasn’t interested in challenging myself as an actor, I was interested in having a good time,” Reynolds lamented in But Enough About Me. “As a result, I missed a lot of opportunities to show I could play serious roles. By the time I finally woke up and tried to get it right, nobody would give me a chance.”

He did get a chance in 1997’s Boogie Nights, directed by Paul Thomas Anderson. He was nominated for an Oscar and won a Golden Globe for his role as pornographer Jack Horner. (That same year, he was nominated for a Worst Support Actor Razzie Award and “won” Worst Screen Couple alongside Demi Moore for Striptease.) Amazingly, Reynolds was apparently so unhappy with his part in Boogie Nights that he fired his agent. Earlier this year, he stated that he’d never actually seen the film, and indicated that he rarely watched his own work.

Other highlights of Reynolds illustrious career include the lead role in the animated musical All Dogs Go to Heaven; co-starring alongside Dolly Parton in The Best Little Whorehouse in Texas; marrying Goldie Hawn in Best Friends; and playing former Pittsburgh Steelers played Wood Newton in the early ’90s TV show Evening Shade. Reynolds was also the first non-comedian to fill in for Johnny Carson on The Tonight Show, an appearance he credits with reshaping his career, and he created the TV gameshow Win, Lose or Draw, the set of which was designed after his own living room. In another famous move and  anindication of his freewheeling, fun-loving character, Reynolds posed nude on a bearskin rug for a Cosmopolitan centerfold in 1972.

Earlier this year, Reynolds was cast for Quentin Tarantino’s upcoming film, Once Upon a Time in Hollywood. He was to play George Spahn, the real-life person who rented his ranch property to Charles Manson and his “family” prior to their murder of Sharon Tate. As of press time, it’s unclear if Reynolds had completed filming prior to his death. Update: According to The Hollywood Reporter, Reynolds had not shot his role in Once Upon a Time in Hollywood.