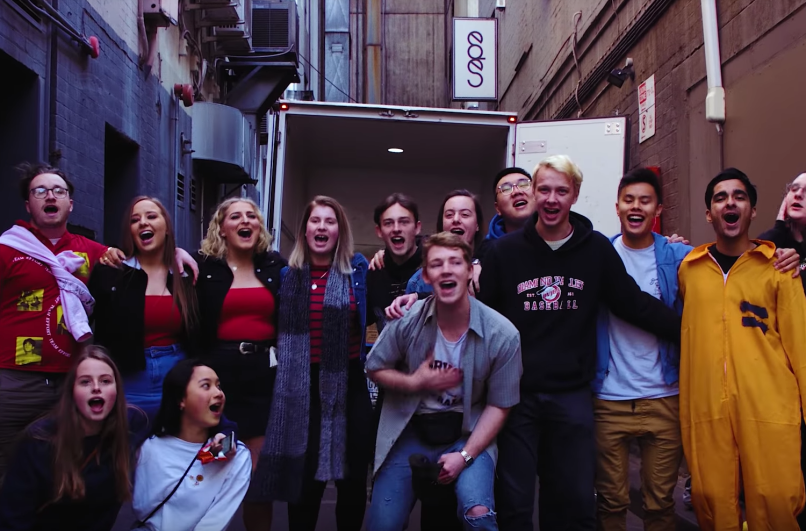 BROCKHAMPTON dropped their major label debut, Iridescence, last week and unsurprisingly killed it. Our own Wren Graves called the effort “a study in contrasts; a rap variety pack” where not every track falls strictly into the “hip-hop” confines. Take the newest single from the release, “San Marcos”, a touching folk-pop ballad about never giving up on your dreams. The song is part acoustic, part orchestral, all autotune, and one of the most beautiful songs in BROCKHAMPTON’s catalog.

The song’s new video, directed by none other than Kevin Abstract himself, is equally simple and poignant. The members of the band are simply hanging out on an Australian street in front of a fast food restaurant singing their parts. Abstract moves the camera around in one continuous take until it turns a corner to find a chorus of young kids singing the final refrain, “I want more out of life than this.” Check out the visual below.

BROCKHAMPTON will be out on their “I’ll Be There” North American tour beginning October 3rd.